Dutch contractor Heerema wants to become the first carbon-neutral marine contractor in the offshore industry in line with the national and international emission-reduction targets.

The plans are being revealed as the inetrnational maritime community pushes forward to meet the 50% GHG reduction target by 2050, with some companies vowing to become climate neutral by then.

Heerema’s carbon emissions are mainly caused by the combustion of fuel in its vessels, which have traditionally been ultra-low marine gas oil and with its crane vessel Sleipnir also liquified natural gas.

Heerema will begin its transition by compensating 250,000 metric tons of carbon from October 2020 via investments in certified carbon offsetting projects, provided by Climate Neutral Group.

The figure is being derived from emissions due to combustion of fuel from the company’s vessels, Sleipnir, Thialf, Balder, Aegir, Kolga and Bylgia, as well as gas usage of all Heerema offices and Flushing yard. It also covers emissions from electricity use in all Heerema locations.

The methane slip from Sleipnir is not yet included, as the exact impact is being verified.

The comany expected to begin offsetting 100% of its existing offshore carbon footprint by the end of 2020.

“The reason to make this step, is that there is at this moment no true technical and economically viable to make our vessels zero emission,” the Dutch major said.

The ultimate goal is for Heerema to use zero-emission technology where feasible, by removing emissions from the source. These projects will include investments into onboard batteries, carbon capture and storage, and the use of bio- and synthetic fuels.

Offsetting of carbon emissions will occur after 2025 only if so required to remain carbon neutral, the company pointed out.

“Heerema announced earlier this year that our mission is to be the leading marine contractor creating sustainable value(s). Our decision to go carbon neutral in 2020 is evidence that we turn our words into actions, and we are proud of this commitment,” said Heerema’s CEO, Koos-Jan van Brouwershaven.

“We have already significantly reduced our carbon footprint with Sleipnir and Shore Power, and going carbon neutral is the logical next step.”

Heerema released a time-schedule for yearly carbon neutral targets from 2020 to 2025. The amount of carbon compensated is reduced by Heerema introducing zero-emissions technology.

The company has already invested in LNG as fuel, which powers the company’s semi-submersible vessel Sleipnir and it is developing a renewable energy Shore Power connection at their Rotterdam mooring location.

Heerema’s main office uses Dutch wind power for electricity and the company estimates that through activities like these it can prevent 25% of its carbon emissions.

When it comes to reduction measures, the company believes the use of alternative fuels, such as biofuels can bring in up to 55% cut in CO2 emissions.

Finally, the marine contractor expects to gradually reduce the amount of offsetting required to remain carbon neutral as prevention and reduction measures increase.

It is estimated that the remaining 20% of emissions will need to be compensated, preferably by means of carbon capture and storage on-board Sleipnir. 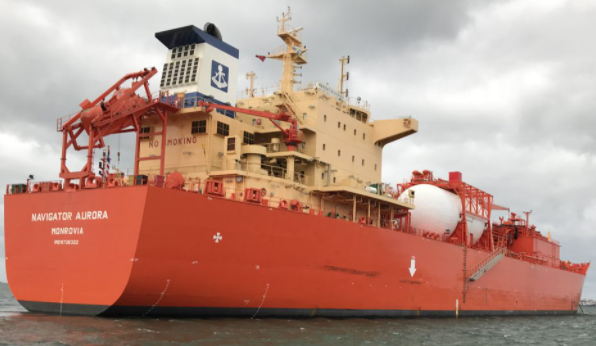