Here’s What Industry Leaders Told Us during Nor-Shipping 2019…

The latest Nor-Shipping event has attracted a record number of delegates to the Lillestrøm-based exhibition halls and associated activities in Oslo.

According to the organizers, almost 50,000 people participated in Nor-Shipping 2019 official events between 3 and 7 June – a 34% increase over 2017 figures, with 846 of the world’s leading maritime companies showcasing products and services to the industry.

During these five busy but very exciting days, World Maritime News managed to speak to a number of industry leaders on topics ranging from digitalization, decarbonization and the shipping industry’s future.

Below are the fruits of our labor:

The transition towards autonomous shipping seems to be a long one, however, Pekka Hägg, Vice President, Ship Design Wärtsilä Ship Power, a part of One Sea, the industry alliance which promotes the goal of self-guiding shipping, explained that the process is rather incremental and can be achieved in small steps.

A fully automated power kite capable of towing vessels is entering the merchant shipping market. Vincent Bernatets, CEO and founder of Airseas told World Maritime News that the officer only needs to press a button and the Seawing system takes care of itself.

Empowering the Navigator in a Connected World

WinGD Blazes Trail in Building Engines of the Future

Building on the WinGD technology the latest additions to its engines portfolio include the X40DF, X82D and X82DF engines. Volkmar Galke, General Manager of Sales at WinGD, explained the benefits of the company’s new engines, focusing on WinGD’s new X82D engine designed for larger vessels.

Wasaline’s new RoPax ferry, that will be ready for remote operations and equipped to run on LNG, is scheduled for delivery in May 2021. However, Peter Ståhlberg, Managing Director at NLC Ferry/Wasaline, said that the whole concept of the automated ship is not yet completed, adding that the major challenge of this concept is the lack of rules and regulations for automation.

Iridium Can Be the Backbone of Digital Ships

Port of Oslo is finalizing its Master Plan for the South Port, a new cargo port in Sydhavna, according to Ingvar M. Mathisen, CEO/Port Director. The plan is a part of the port’s ambitious targets for reducing greenhouse gas (GHG) emissions by 85 percent and becoming a zero-emission port in the long term. 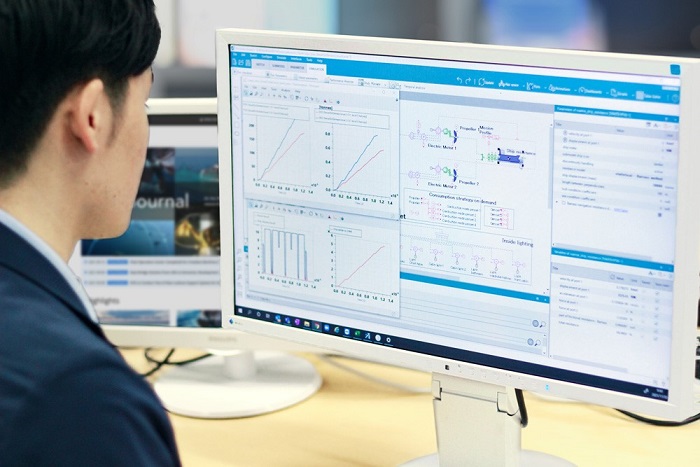