“These significant milestones; a launch, a christening, and two deliveries were achieved within the span of two and a half weeks. It’s with great pride that we build and deliver these quality vessels for our valued customer, Hornbeck Offshore and their Super 320 Program,” said Bill SKINNER, Chief Executive Officer, VT Halter Marine.

Eastern Shipbuilding Group, Inc. delivered the M/V HOS BLACK FOOT (Hull 206) to Hornbeck Offshore in June ahead of schedule. This is the sixth, of ten OSVs on order by Hornbeck.

The 300-class DP-2 OSVs will be Jones Act-compliant.

VT Halter Marine of Pascagoula, Miss., and Eastern Shipbuilding Group of Panama City, Fla were hired for construction of newbuilds. Optional vessels to this contract have already been ordered.
[mappress]
Press Release, August 11, 2014 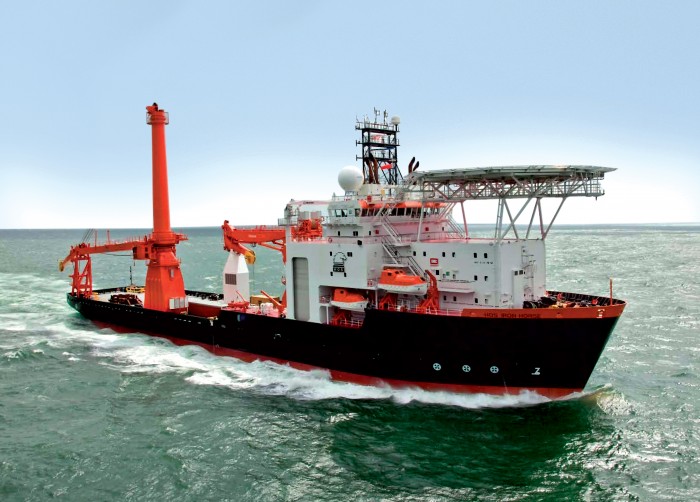