The new contracts include three 550mt Tiltable Lay Systems (TLS) and one 325mt Vertical Lay System (VLS) for Subsea 7, two 650mt TLS and two 340mt VLS for Technip-DOF, one 275mt VLS and one 570mt Multi-lay System for Ceona. The equipment will be built at the various Huisman production facilities in The Netherlands, Czech Republic, China and Brazil. Delivery of these pipelay systems is scheduled between the end of this year and early 2017.

An additional contract for Subsea 7 includes a 325mt VLS for their new built DP3 Heavy Construction and Flexible Pipelay Vessel, which will be built by Korean shipyard Hyundai Heavy Industries Co. Ltd. (HHI). Besides the pipelay system, Huisman will also deliver a 600mt AHC subsea crane for this vessel. Delivery is scheduled for 2015.

The orders for Ceona include pipelay systems for their vessels the Polar Onyx and the Ceona Amazon. The latter, a multi-function, dynamically positioned construction vessel, will be built based on a Huisman vessel design. The highly integrated and fully optimized vessel will have exceptional sea keeping characteristics, with a maximized deck area and a weather window with limited vessel dimensions. This design includes a project area of 4600m2, which allows for further storage of line pipe and standard flexible installation reels. The pipelay system consists of an inclinable lay system with a top tension of 570mt and a rigid pipeline firing line system.

The vessel can lay rigid pipelines, flexible pipelines and umbilicals, and can install large subsea structures using one or both of her 400mt subsea cranes, also built by Huisman. The Ceona Amazon will be built by Lloyd Werft, and the Huisman equipment is scheduled for delivery in 2014. The 275mt VLS for the “Polar Onyx” will be delivered in 2014 as well.

Dirk Leenheer, COO of Huisman: “These new orders are a confirmation that our innovative and high-quality designs and products are valued in the market. It has been no problem to fit all new orders into our current order portfolio, due to our worldwide production capacity. Additional new projects can also be accommodated”. 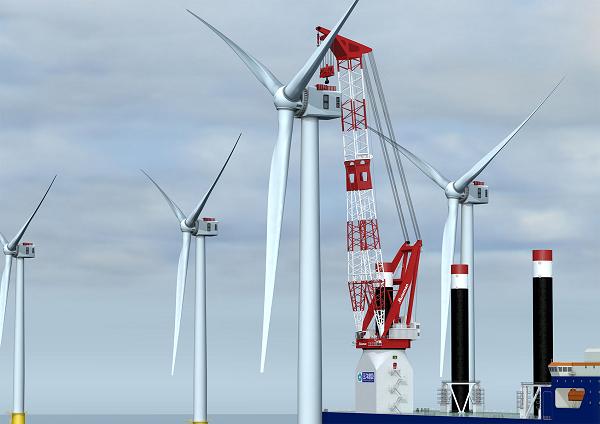