Hydrex diver/technicians have done propeller blade cropping on bulk carriers in Spain and France. In Algeciras the four propeller blades of a 170-meter vessel were cropped. A similar operation was carried out on a 229-meter ship during her stay in Dunkirk.

Having developed different procedures for different kinds of damage, Hydrex is equipped and trained to make the best out of a bent or broken propeller. Ideally, the inhouse developed cold straightening technique is used. This procedure enables Hydrex to straighten damaged blades in-water, allowing commercial operations to continue without the need to drydock.

In the following examples cropping was the only option as the damage to the propeller blades was too great to allow cold straightening. This kind of repair is carried out with the propeller blade cutting equipment developed by the Hydrex research department. In cases where there is an even number of blades an identical piece will be cropped from the opposite blade to restore the hydro-dynamic stability of the propeller. By doing so, the best possible efficiency is obtained.

The four blades of a 229-meter bulk-carrier’s propeller were severely bent. An on-site solution was needed to restore the propeller’s balance and efficiency. A team was therefore mobilized to the ship’s location to restore the damaged blades to as close to their original condition as possible.

After the equipment arrived at the vessel’s location the team started the operation with a detailed survey of the affected propeller blades. The inspection revealed that the four  blades were bent over angles of up to 90 degrees. The team then used the information acquired during the inspection to calculate and determine the correct measurements needed to modify the trailing edges of the propeller blades. Next the divers cropped the blades and ground their edges to give them the correct radius.

When the cropping was complete, the Hydrex technicians polished the blades to make sure that any remaining loss of efficiency would be minimal.

The damage to the blades of the 170-meter ship was less severe. It consisted of cracks, cuts and missing chips on the leading edges of the four blades. Despite the relative size of the affected areas, the uneven surface caused a drop in the performance of the propeller.

Cropping all four blades was the only way the bring them back as close to their original condition as possible and optimize the performance of the propeller.

The repair was carried out by a Hydrex diver/technician team mobilized from the close-by office in Algeciras following the same procedure as the operation in Dunkirk. 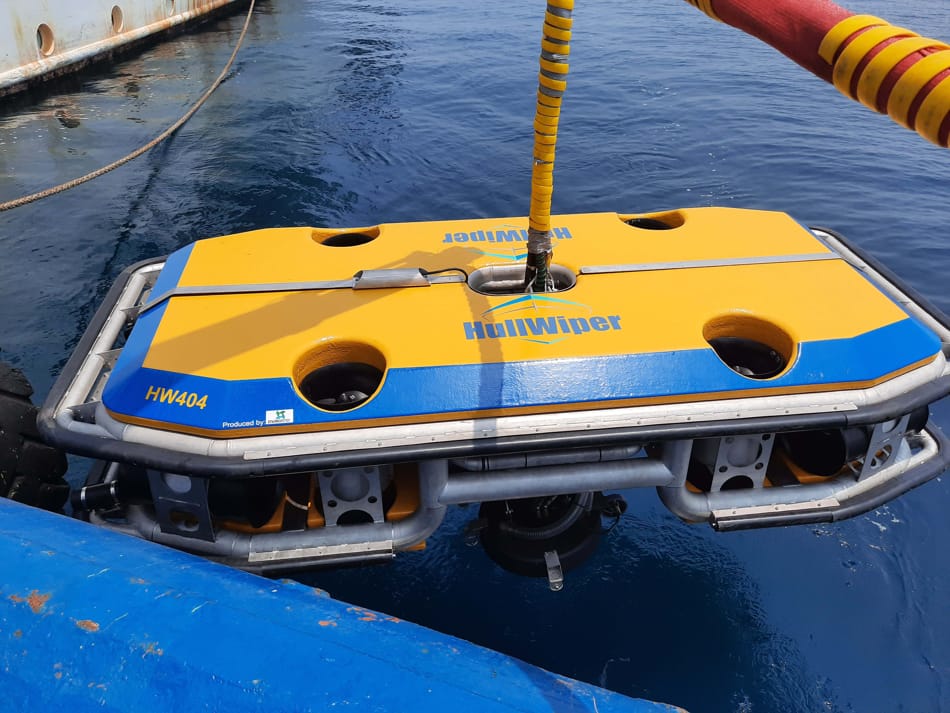