The chairman of IBERDROLA, Ignacio Galán, met the President of Andalusia Regional Government, Susana Díaz, on the occasion of the Group’s management meeting taking place in Malaga for the first time.

During the course of the meeting, Galán informed Díaz about the selection of Navantia shipyards in Puerto Real (Cadiz) as the preferred supplier to manufacture the foundations of the offshore substation for Wikinger, an offshore wind project being developed by Iberdrola in Germany.

The nearly $95m contract will only be executed once sufficient grid capacity has been formally allocated by Germany’s regulator.

Also, this contract will open future opportunities to Puerto Real shipyards for the construction of offshore wind farm projects being developed by IBERDROLA in the UK and other European countries.

The Wikinger offshore wind project is being developed in the Baltic Sea, off the coast of the island of Rügen, where water depths range between 37 and 43 metres.

The project covers an area of roughly 34km², within which 70 wind turbines, each with 5-megawatt (MW) unit capacity, and one offshore substation are planned to be installed.

Once in operation, the 350-MW wind farm will produce electricity equivalent to the consumption of more than 350,000 German households and will avoid the emission of almost 600,000 tons of CO2/year.

With an investment of almost $1.9bn, Wikinger will have a significant economic impact through the entire supply chain and will help create hundreds of new jobs.

Also, the chairman of IBERDROLA announced to the Head of Andalusia’s Government a new purchase order for 100,000 smart meters placed with Malaga-based Sogecam, one of the Company’s regular suppliers.

This new order brings total number of Sogecam smart meters acquired thus far to 600,000 with a combined value of some $28.5m.

Both contracts have a high-innovative component and are in line with two of IBERDROLA Group’s future growth trends: smart grid development and offshore wind power.

Galán reiterated the Company’s strong commitment to Andalusia, where activities between 2002 and 2013 have had a $5.5bn economic impact.

In terms of purchases and services, the region has been escalating ranks among suppliers to IBERDROLA, totalling $1.42bn over the period. 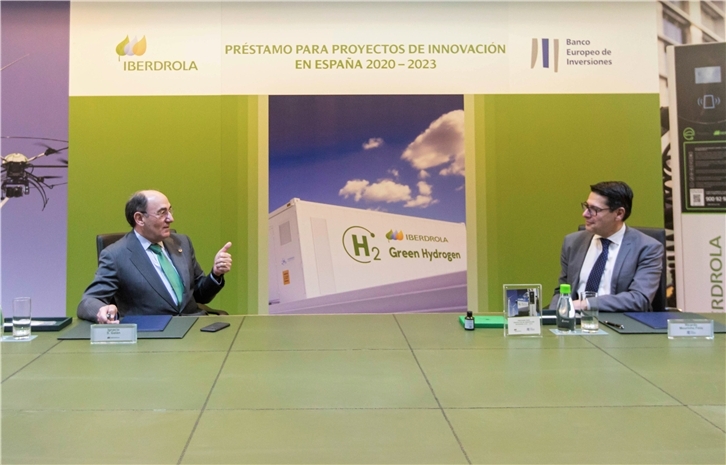