IHC Hytech has informed the NST diver/technician team came successfully back on the surface after completing eleven interventions with in total 243 work hours at 10,8 bar in mixed gas saturation for Eurasia tunnel project in Turkey.

The Eurasia Tunnel Project (Istanbul Strait Road Tube Crossing Project) will connect the Asian and European sides via a highway tunnel running underneath the seabed.

The tunnel will serve the Kazlıçeşme-Göztepe route where vehicle traffic is most intense in Istanbul and will cover a total of 14.6 kilometres

According to IHC, the most advanced TBM (Tunnel Boring Machine) technology will be employed throughout the Bosphorus crossing spanning 3.4 kilometres. The tunnel construction, commencing from the Asian Side, will be completed on the European Side as the TBM, specifically designed and manufactured for this project, advances by boring and excavating the rocks and soil beneath the seabed.

At the deepest point, the TBM will be 106 meters below sea level and will never exceed less than 26 meters to the seabed, thus ensuring safe working conditions for the TBM.

The Eurasia Tunnel will be ranked number one in the world among the mix-shield (slurry) TBMs in terms of face pressure value at 10.8 bar. The Eurasia Tunnel Project is ranked 6th in the world with a TBM excavation diameter of 13.7 meters. Due to the presence of both marine sediments and rock formations with dissimilar pressure strengths along the route of the Tunnel Boring Machine, which is planned for a daily advancement speed of between eight to ten meters, the project is regarded as one of the world’s most outstanding and rare engineering feats.

IHC Hytech is responsible for the containerised Special Decompression Chamber (SDC), which is the living compartment for the saturation workers. The SDC consists of a two-compartment decompression chamber with a control panel in a separate container (control room). The Main Transfer Shuttle is used for the transport from the TBM (Tunnel Boring Machine) to the SDC. The maintenance and repair work is carried out using compressed air and bentonite. 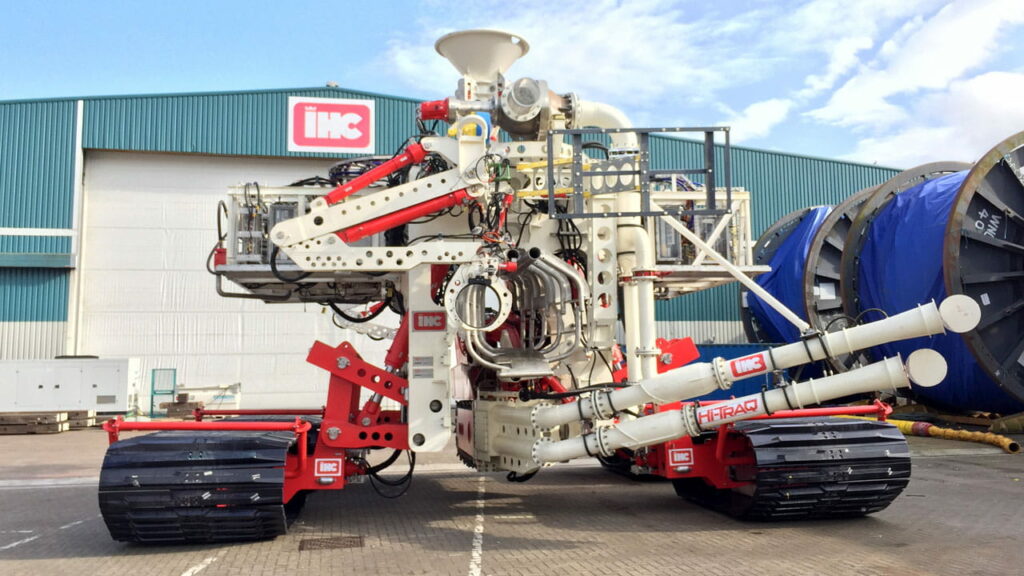