Back to overview
Home Fossil Energy India: ONGC brings cyclone-hit rig back from tilt to normal

India: ONGC brings cyclone-hit rig back from tilt to normal

A team of experts mobilized by India’s Oil and Natural Gas Corporation (ONGC) has brought the cyclone-hit semi-submersible rig Olinda Star back to normal.

According to ONGC’s statement on Sunday, December 23 the rig had reported tilting at an angle in the aftermath of cyclone Phethai which hit coastal state Andhra Pradesh last week.

The rig Olinda Star had been deployed for ONGC operations on the East Coast of India. After Met Department’s cyclone warning, the 111 crew members working on the rig were evacuated on December 14 and 15. ONGC made arrangements for evacuating persons and deployed helicopters and boats.

As the weather had been rough with large swells hampering the approach to the rig via sea, Indian Navy helicopters were pressed into service to ferry expert crew to the rig. Twelve persons including salvage team members, boarded the rig on December 21 morning and carried out the salvage operation promptly, re-stabilizing the rig.

ONGC said that, as per the inspection, the rig did not show any structural damage, and equipment appeared to be operable. The salvage crew successfully started the ballasting system to level the rig and could bring it to normal in few hours. The rig’s main generators are on and other machines and equipment are being tested and put to operations.

The salvage team has confirmed that rig is safe to operate and the rig will soon resume normal drilling operations.

Olinda Star was hired by ONGC for operating in deeper water of East Coast for its ongoing projects. It has been drilling for ONGC at East Coast since January 2018.

Rig Olinda Star, deployed by ONGC on the East Coast of India, tilted by massive Cyclone #Pethai is being brought to stability.All resources including experts mobilised well in time. @IndianNavy provided magnificent support to take experts to the Rig. @PetroleumMin @pallab_ongc pic.twitter.com/Eep8sxCh9I 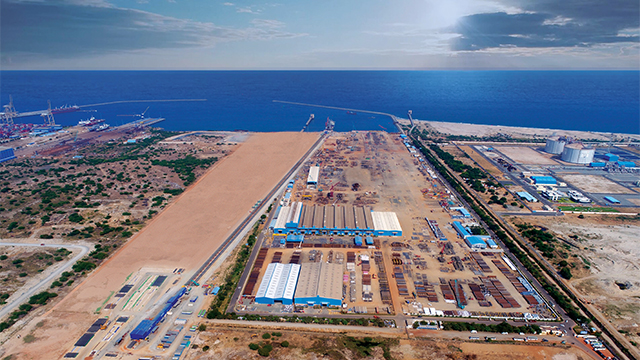