Representatives from the oil and gas industry have condemned Greenpeace’s repeated obstruction of a seismic survey off New Zealand. The activists have been urged to avoid putting themselves and others in danger.

Following Monday’s protest by activists from New Zealand’s Greenpeace, which saw an activist jump into the sea in front of the Amazon Warrior seismic vessel, the Petroleum Exploration and Production Association of New Zealand (PEPANZ) has released a statement slamming the move as being a “media stunt” and a “stupid” action at that.

“While we absolutely respect the right of Greenpeace to protest, this sort of action is just stupid,” PEPANZ’s Chief Executive Cameron Madgwick said in the statement.

Namely, Greenpeace New Zealand chief executive Russel Norman together with several other activists on Monday jumped into the water off the Wairarapa coast to intercept the 125-meter seismic vessel Amazon Warrior during its operations.

Norman was subsequently charged by the Ministry of Business, Innovation, and Employment (MBIE) of New Zealand under the Crown Minerals Act, which makes it an offense to interfere with or get closer than 500 meters of an offshore ship involved in oil exploration.

The survey started last November and if all goes according to plan it is scheduled to be finished in May. It is being conducted by Schlumberger’s marine seismic subsidiary WesternGeco with the Amazon Warrior vessel on behalf of the Austrian oil company OMV and the U.S. oil major Chevron.

Activists have been campaigning to stop the seismic survey being conducted offshore New Zealand for months now with previous attempts including confronting and cutting off the Amazon Warrior. However, previous contacts honored the 500 meters safety zone.

Following the latest protest, Offshore Energy Today has obtained a statement from Schlumberger. A spokesperson for the company said: “During the recent protest, Greenpeace infringed the safety exclusion zone with their vessels, and put themselves at great risk by putting swimmers into the sea. Personnel overboard in these depths and conditions is of great concern.

“Given the risks of interfering with the operation, our pledge is that if any third party gets into trouble at sea, whether it’s personnel or equipment problems, we will offer our resources to help them. This includes our medical and engineering expertise, rescue boats and other resources that we maintain for our own crews.”

In the statement responding to the protest, the PEPANZ said it was disappointed by the “latest media stunt” from Greenpeace protesters.

PEPANZ Chief Executive Cameron Madgwick said: “The size of the Amazon Warrior makes it difficult for it to stop or turn quickly. That is why the vessel is operating with a 500-meter non-interference zone.”

Madgwick further said: “Climate change is a serious issue and it requires governments, energy companies, NGOs and environmental groups to work together to find answers. We have attempted to engage Greenpeace in this discussion, including inviting them to the New Zealand Petroleum Conference. They have, however, declined these invitations and instead focused their attention on protests and raising their profile through stunts such as those witnessed today.

“While that is their right, the reality is the world’s energy demand is growing and we simply cannot switch off our use of fossil fuels overnight. Oil and gas are not only used in transport, but also to heat our homes, cook our food and create a huge range of essential goods.

“For example, Greenpeace themselves are using diesel to fuel their vessels and the life jackets the protesters are wearing will be made from petroleum by-products. The radios and cellphones they are using, the binoculars aboard their vessel will all contain products made from oil.”

Madgwick noted that Amazon Warrior’s survey will help the country better understand what petroleum reserves it might have.

“Oil and gas could deliver enormous economic benefit to New Zealanders. A significant find could result in billions of dollars in new investment, more highly skilled jobs for our young people and provide increased taxes and royalties to fund government services.”

In a response to Greenpeace’s protest, MBIE’s General Manager, James Stevenson-Wallace, on Monday urged the people protesting the Amazon Warrior seismic survey ship to be “responsible, comply with the law, and avoid putting themselves and others in danger.”

MBIE will be investigating alleged breaches of the Crown Minerals Act.

Stevenson-Wallace further said: “Petroleum operations at sea are complex, often very precise and can be at an industrial scale. The vessels carry high-tech equipment, can be large and have limited maneuverability.

“People are free to protest oil and gas activity at sea, as they are on land, but they cannot disrupt a legitimate operation and create health and safety risks. The provisions are as much to protect the protesters as the crew of the Amazon Warrior.”

“The survey data also helps create a picture of the geology beneath our oceans. The information gathered is shared with the Government and in time is made freely available. It can be very useful to researchers, including GNS Science, who use seismic data for fault line mapping.

“The Government has developed a robust regulatory regime to ensure oil and gas activities are undertaken to the highest standards – which includes minimizing any potential impacts on marine mammals, such as whales and dolphins. Any seismic survey vessels operating in our Exclusive Economic Zone have to follow the Department of Conservation’s Code of Conduct for seismic surveying.

“It is considered one of the most rigorous in the world for protecting marine mammals and requires survey ships to have independent observers on board, watching and listening for mammals. If any mammals are detected within a kilometer radius all activity stops until they leave the area.” 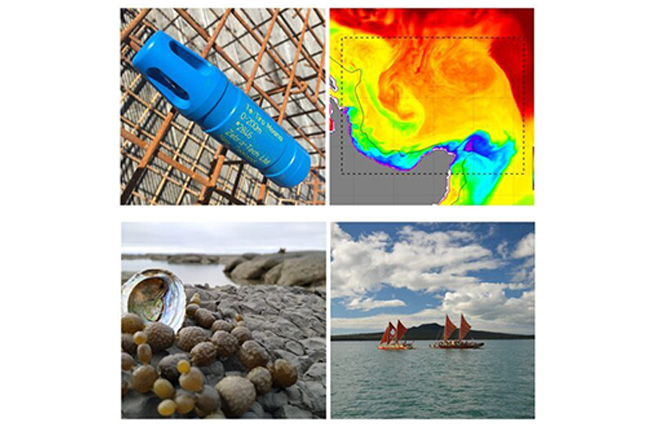