Swiss-based Ineos said on Wednesday it has delivered the first-ever cargo of shale gas-sourced ethane to Europe.

The Ineos Intrepid has arrived at the company’s petrochemicals plant at Rafnes in Norway, carrying 27.500 m3 of US shale gas-sourced ethane, Ineos said in its statement.

As reported by LNG World News, the multi-gas carrier left the Markus Hook terminal near Philadelphia earlier this month.

The deep-water Marcus Hook terminal is connected via the 480-kilometre Mariner East pipeline to the Marcellus shale.

“This is the very first time that ethane from US shale gas has ever been exported from the USA and the first time it has been imported into Europe,,” Ineos said.

The Ineos Intrepid is currently one of four Dragon class ships that will form part of a fleet of eight ethane capable carriers.

“Shale gas economics has revitalised US manufacturing, it has the potential to do the same for European manufacturing,” Jim Ratcliffe, the chairman and founder of Ineos said,

Ineos said it has invested $2 billion bringing US shale gas to Europe. The company has built what it claims the largest two ethane gas storage tanks in Europe at Rafnes in Norway and Grangemouth in Scotland to receive the fuel.

Ineos will use the ethane in its two gas crackers at Rafnes and Grangemouth, both as a fuel and as a feedstock. It is expected that shipments to Grangemouth will start later this year. 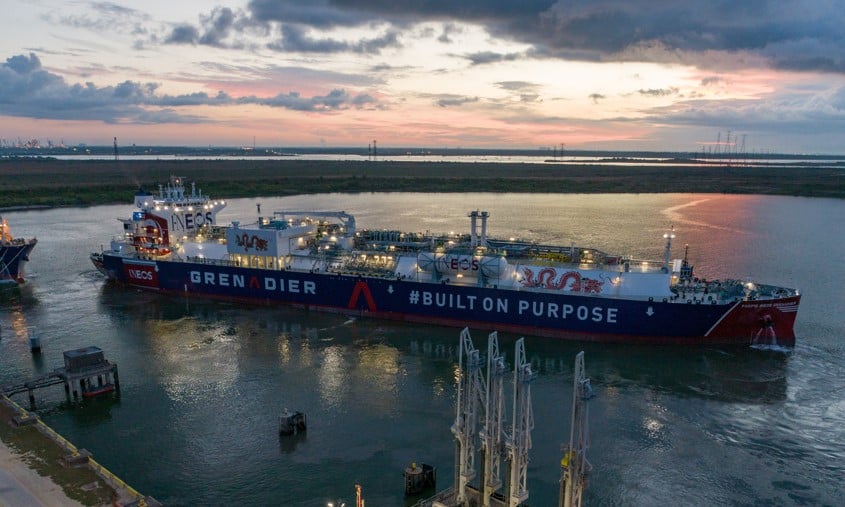