India’s Essar Shipping is looking into acquisition opportunities in the second-hand market as part of its fleet expansion plans, the company’s Executive Director & CEO, Ranjit Singh revealed in an interview with World Maritime News.

“We are exploring the option of buying second-hand Panamaxes, MR Tanker and Handymaxes in the near future, in view of the low asset cost and growth opportunities on the Indian coast,” Singh said.

The purchase would follow the company’s latest vessel acquisition from May 2017 when Essar Shipping bought a Panamax bulker, Mahavir.

The second-hand market seems to be more interesting for owners since prices are still attractive when compared to the newbuilding tonnage.

“The vessels will be trading for captive cargo of Essar Steel as well as third party cargo. No newbuildings are planned yet,” Singh said.

In the interview below, Essar Shipping’s CEO revealed what are the perks of being an Indian shipping company, especially since the country is a major steel producer and major oil refiner and provided us with an insight into the company’s business performance and strategic plans for the future.

WMN: What would you say are the key advantages and disadvantages for a shipping company in India at the moment?

Singh: One of the biggest advantages to an Indian shipowner is the Right of the First Refusal (ROFR) for Indian cargo. Some 8 – 9 percent of the total Indian tonnage is handled by Indian ships, while the remaining is captured by foreign fleet owners. This vacuum can be captured by the ROFR implementation especially when the government is pushing for “Make in India.”

A few of the disadvantages faced by the Indian shipowners are high port costs, high bunker costs, and high manning costs due to the tax imposed on seafarers employed on coastal ships (which is almost 60 percent of Opex excluding bunkers) and high financing costs/non-availability of finance.

Singh: The company’s 14-vessel fleet grew its capacity utilization to 94 percent from 80 percent in the previous fiscal year. This has been mainly on the account of a pick-up in pace in the domestic steel sector and a change in the commodity cycle in India.

WMN: The global tanker market is experiencing a downturn in freight rates, while the dry bulk shipping industry saw a slight recovery during the quarter ended September 30. How are these markets doing in India and how is Essar Shipping dealing with the current situation in the industry?

Singh: The shipping market is an international and cyclic phenomenon, while the tanker market is experiencing a downturn in freight rates due to production limits of OPEC, shale oil production and other geopolitical issues; the dry bulk industry has picked up the pace due to the change in the commodity cycle. Baltic Index has moved from a low of 300 points to a high of 1,300 points in a year and so.

The company has 12 dry bulk carriers and two VLCCs. Government oil Public Sector Undertakings (PSUs) have come up with long-term charters for tankers to boost Indian tonnage. VLCC tenders are open for global players (including Indian players) whereas Suezmax tenders are for Indian players. Currently, the company is looking to employ its VLCCs with a mix of such long-term charters and spot contracts. 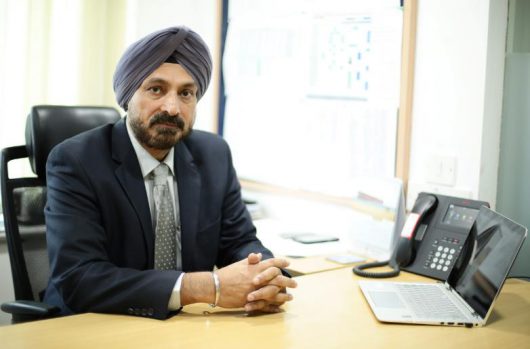 Singh: The high financial cost of assets (especially high-value assets), together with high operating costs and low freight rates had been a major cause of concern for the Indian shipping industry.

The fall in crude price has affected the earnings of our very large crude carriers thus impacting the revenues of the company as well. With freight rates improving in the dry bulk sector, we can see an upturn.

Singh said that taking advantage of the current gap of 90 percent of market share in Indian coastal shipping by ROFR and increasing the third party cargo could drive the company’s further growth.

“Long-term oil contract can also add up to the growth,” he added.

With regard to the key development goals for Essar Shipping moving ahead, Singh said that exploring business opportunities in the Sub-continental region and leveraging assets for captive and third-party cargo are on top of the agenda.

Future IMO regulations on the implementation of Ballast Water Management Convention and fuel sulphur cap from 2020 are among major challenges for the shipping Industry, adding to the cost burden for owners moving ahead.

As disclosed by Singh, minimal ballast operations, and business diversification, including investment in Ultra LNG Project, have also been identified as key strategic objectives for the company’s future.

To remind, Essar Group has moved into the liquefied natural gas (LNG) business, having won the bid for development of an LNG terminal with associated storage and distribution facilities at the Haldia Dock Complex under the Kolkata Port Trust (KoPT).

Finally, Singh pointed out that the company is open for strategic alliances.