Sailcargo to Tackle Ship Emissions by Returning to Basics 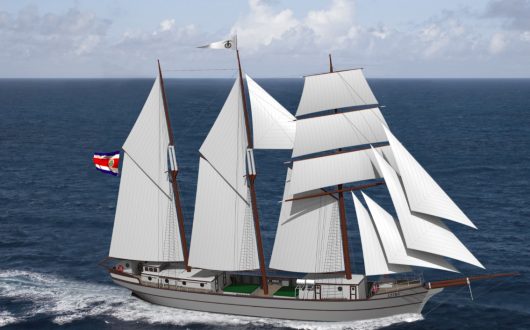 Ship owners and operators are facing pressure and numerous challenges as the shipping industry sails further on its migration path to decarbonisation.

Amid all of the uncertainty, one company has decided to go back to the roots of the shipbuilding industry in order to find the answers to carbon neutrality.

Sailcargo, the emerging freight company, is moving toward achieving its mission through the construction of an emission-free cargo tall ship. To feature a length of 45 meters and a beam of 8 meters, Ceiba will have a 100% electric engine, which will be coupled with solar batteries, panels and wind turbines to make all auxiliary power 100% renewably sourced.

“Shipping value-added products with a carbon-neutral vessel allows ethically-produced products to reach their destinations without causing harm to the environment along the way. Additionally, the idea is to ultimately raise awareness and show the world that there is an alternative to conventional shipping,” company representatives, Shani Meintjes and Danielle Doggett, said in an interview with World Maritime News.

The ship’s entire propulsion system would run emission-free as its two variable-pitch propellers function both as a means of propulsion and a generator while sailing. Designed by Sigma Plus Associates, the engine would power the vessel during maneuvers or when there is no wind present.

The engine would be charged by the actual employment of Ceiba under sail, meaning the wind itself, as well as through solar power from panels upon the deck, both powering the lithium ion battery, which stores the energy for when it is needed the most.

“All auxiliary power is therefore renewably-sourced because the battery is powered when the ship is sailing and/or under sunlight, so never will it have to be charged at port or otherwise outside of the vessel itself,” Sailcargo explained.

“This is the world’s largest drive system to do so, making it, not only completely self-sufficient, but also an effective cost-savings option, and furthermore, the ship will never have to wait in line or pay for bunker fuel.”

Ceiba, which is expected to eliminate over 1,000 tonnes of CO2 every year, would be deployed on the Pacific Coast. The vessel is under construction in Costa Rica and aligns with the country’s efforts to become the world’s first carbon-neutral country by 2021.

“Furthermore, through our ongoing tree-planting scheme that intends to plant thousands of trees over the build-phase and beyond, we are helping to reforest the country to rebalance harmful atmospheric gas levels and simultaneously improve soil quality. The goal is to plant 12,000 trees by the time Ceiba is ready to set sail, 10% of which will be available to provide material for more carbon-negative vessels further down the line.” 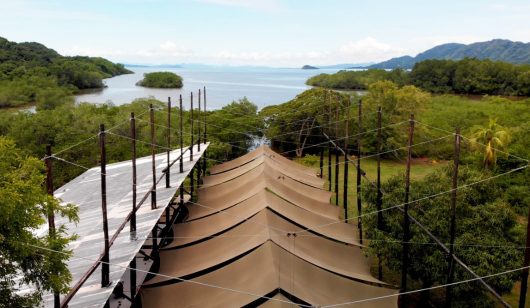 The keel of the vessel has already been laid, scarfed and lying ready in dry-fit as it is being prepared to be bolted down, while framing is scheduled to start in January 2019. The estimated build time start to finish is 3.5-4 years, meaning that Ceiba would be complete in 2021, “as long as funding stays consistent and goals are met.”

Sailcargo further said that the wooden shipbuilding technique without steel makes the vessel even more environmentally-friendly when considering the final phase of the life of a ship, the shipbreaking. With the so-called “old-world” shipbuilding, the wooden vessels are more often than not taken back to where they were built to be disassembled, and the wooden planking and frames are simply left to rot as organic waste.

“This is a significant difference in views on shipbuilding: having to account for the entire lifespan of the vessel,” Sailcargo added.

Even though Sailcargo representatives think it might be impractical for all companies to come back to basics, they believe utilizing renewable energy to power larger merchant vessels is clearly the way to go in order to reduce environmental impacts and pollution of big shipping.

“Implementing the use of renewable energy, such as wind power through sails or electric energy through solar power onboard are definitely going to be beneficial to power the big container ships in the industry and ensure the survival of the rapid flow of trade we’ve become so accustomed to today.”

Speaking on the financial details related to Ceiba, Sailcargo made a comparison between Ceiba and the new Triple E ships, owned by Danish shipping giant Maersk. One Triple E ship costs USD 185 million and is capable of transporting 18,340 TEU, this works out to cost USD 10,087 per TEU. Ceiba will cost around USD 3.2 million and will be capable of carrying up to 10 TEU – resulting in a cost of USD 320,000 per container.

“Though our ship will cost more initially, we are also able to charge a significantly higher price for our services, as they are value-added (emission-free),” the company added.

While the Triple E ship will charge some USD 0.01 per ton/mile, Sailcargo will have a base price of USD 0.20 per ton/mile, resulting in a much higher gross income per TEU.

“Uniquely, this project is entirely funded by people investing in shares of stock in the company. Every stage of progress to date has been funded by a variety of generous people who will see a return on their investment,” Sailcargo explained.

Once Ceiba is complete and begins its working life in 2021, the company intends to expand to include the construction of more carbon-negative, wooden tall ships, as well as the so-called Gold Lines, which are proposed extensions to the established Pacific Exchange (PAX) Line that would take Ceiba as far north as Alaska and as far south as Peru or Ecuador. 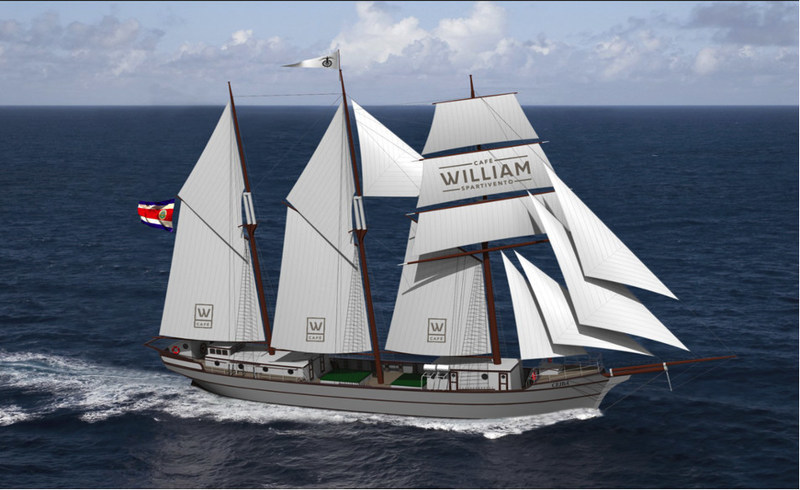