Advertisement
Back to overview
Home Shipbuilding Smart Ships Are Coming! 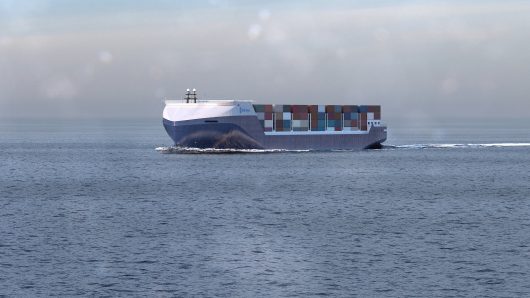 In a time dominated by smart technology and automation being applied across the board, from industrial production to our homes and smart phones, we are witnessing an advancement of this technology in the marine sector as well aimed at making even ships autonomous.

World Maritime News spoke with Oskar Levander, Vice President of Innovation, Marine at Rolls-Royce about what might the rise of the smart steel giants of the sea bring to the table and when could this happen. Here is what we found out:

WMN: Given that the smart ship concept has been investigated by a number of companies for some time now, when could we expect a more proactive move to autonomous shipping to launch and what is needed for this to happen?

Levander: We envisage a remotely operated vessel in local waters as the first stage and in operation by 2020. By 2025 we hope to have a remotely operated vessel at open sea and five years after that we expect unmanned ocean going vessels to be a common sight on the ocean. Tugs, along with road ferries, are likely to be one of the first places we will see the commercial use of remotely operated and autonomous vessels. Tugs and road ferries are most likely to fall under the control of individual flag states. These have the capacity to make special dispensation for their operation.

WMN: What is key technologically speaking for it to become a reality?

Levander: The technologies needed to make remote and autonomous ships a reality exist – the sensor technology needed is sound and commercially available and the algorithms needed for robust decision support systems – the vessels’ ‘virtual captain’ – are not far away.

The legal challenges of constructing and operating a demonstration vessel at a national level need to be explored, while simultaneously considering appropriate rule changes at the IMO. 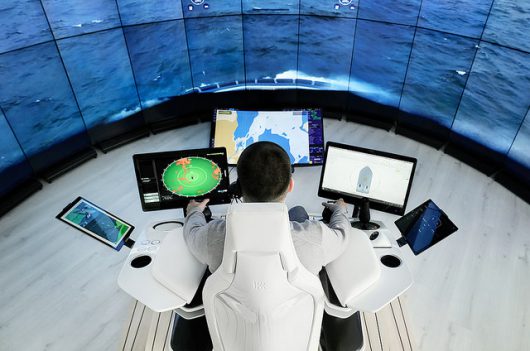 WMN: Having in mind the current tonnage overcapacity and lack of capital for new investments, how would you assess the interest of owners in investing in this type of ships? What are the benefits for owners when compared to the current type of ships?

Levander: Growing worldwide interest in remote and autonomous shipping has been driven by the potential benefits. They are expected to be safer, more efficient and cheaper both to build and to run.

According to a report published by insurance company Allianz in 2012 between 75 and 96 percent of marine accidents are a result of human error. This is often as a result of fatigue. Remote controlled and autonomous ships don’t get tired and will reduce the risk of injury and even death amongst ship’s crews and the potential loss or damage of valuable assets.

Remote controlled and autonomous vessels can be designed with a larger cargo capacity, better hydrodynamics and less wind resistance. With no crew to accommodate certain features of today’s ships, for example, the deck house, the crew accommodation and elements of the ventilation, heating and sewage systems can be removed. This will make the ship lighter, cutting energy and fuel consumption, reducing operating and construction costs and facilitating new designs.

As a consequence an autonomous general cargo vessel might reduce transport costs by approximately 20% compared to a more traditional vessel.

WMN: How will the future of smart ships affect the seafarers in regard to diminished need for workforce? Could the future intelligent shipping fleet endanger the enormous maritime workforce?

Levander: Some ships, such as cruise ships, are always likely to need crew if only in a customer service, safety and reassurance capacity.

Technology developed for unmanned ships, such as intelligent awareness systems, will be used to improve the safety and operations of manned vessels too.

At the same time changes in lifestyle and expectations are reducing the attractiveness of seafaring as a career with fewer people wanting to spend weeks at a time away from home and family. Remote and autonomous operations could see the transfer of seafaring jobs, requiring high levels of education and skills, from sea to remote operations centres on land and make them more attractive to young people entering the industry. 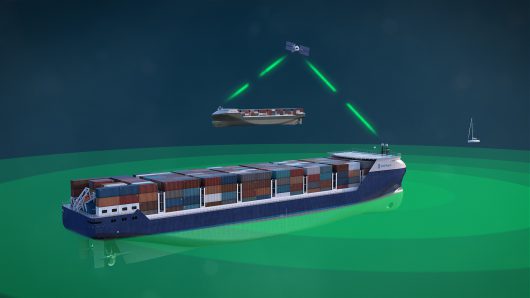 WMN: Rolls-Royce unveiled its vision of land-based centers which would monitor and control smart ships around the world. Would the entire autonomous fleet be controlled the same way? What might be other potential options?

Levander: It is unlikely that there will be a single autonomous solution applicable to all vessel types but a blend of autonomous and remote control; sailing autonomously in open water independently picking the best route and speed and remotely controlled where more advanced manoeuvres are required – navigating in congested waters and entering and leaving port. Some, such as cruise ships, and those carrying potentially hazardous cargos are always likely to need crew if only in a customer service, safety and reassurance capacity.

WMN: Speaking of safety and reliability of smart ships, do we have the necessary technology for such ships to operate worldwide? Could these be more prone to malfunctions, accidents or even piracy while at sea?

Levander: Significantly more standardised and reliable ships will be essential if they are to operate at sea for several weeks without on board engineers.

The standardisation of ship systems, the collection and analysis of significant quantities of operating data and the development of enhanced analytic capabilities (through equipment health monitoring ) will be crucial to the development of remote and autonomous ships by providing a massive set of historic statistical data from which robust trends can be drawn and valid predictions of ship reliability made.

WMN: On the topic of piracy, have you considered potential technological solutions for smart
ships in cases of attacks?

Levander: Uncrewed ships could potentially be more secure than traditional vessels by design, as they can be built to be very difficult to board. Even if pirates got aboard, access to the controls could be made unavailable. Indeed, the computers in command could immobilize the ship or have it steam in a circle, making it relatively easy for naval authorities to reach it. Recapture would also be easier than is usually the case in such situations, because there would be no crew held hostage.

And without a captured crew to ransom, the target of the piracy is significantly less valuable.

Cybersecurity will be critical to the safe and successful operation of remote and autonomous vessels. Rolls-Royce will exploit nearly 20 years’ experience of cyber security in our Nuclear and Aero Businesses. 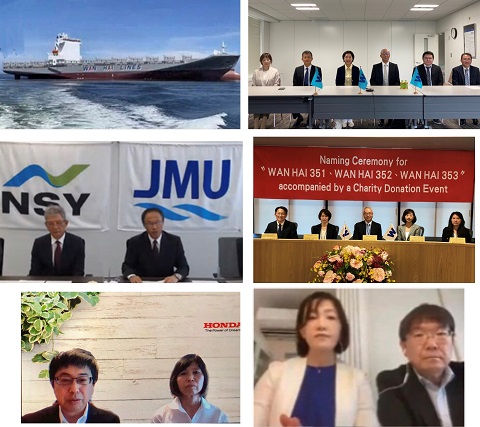