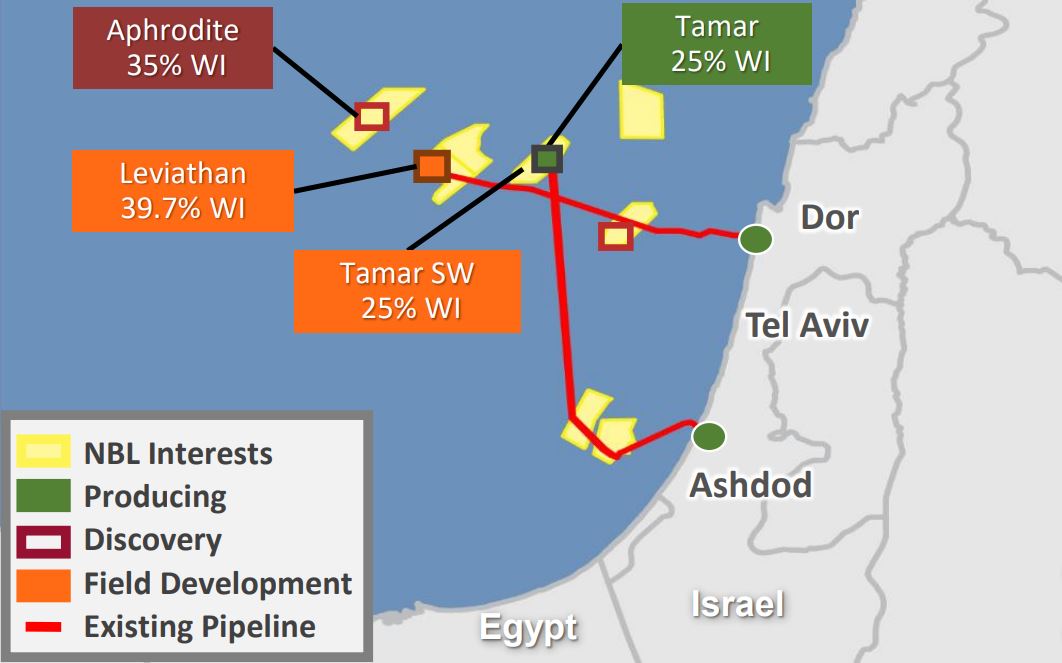 Israel Electric Corporation has signed a short-term gas supply agreement with Noble Energy-operated consortium running the Leviathan field development offshore Israel. The price, IEC said, is lower than the one being paid for Tamar gas.

Israel Electric said on Sunday its Board of Directors gave the approval to move ahead with the process of contracting with the Leviathan Partnership, following a tender in which Tamar Partnership participated as well.

The firm deal, IEC said, is subject to certain conditions and approvals by of the Competition Authority, the Electricity Authority, and the Government Companies Authority.

Furthermore, IEC is obligated to approach the Leviathan Partnership on a monthly basis for the purpose of purchasing gas quantities it does not purchase from the Tamar Partnership project.

The Leviathan parties, on the other hand, may refuse IEC’s request, when they are unable to supply gas to the supply of gas to a third party.

“The price of gas under the Leviathan Agreement is low compared to the gas prices stipulated in the agreement into which the company entered with the Tamar Project Partnership.

“The extent of savings may vary depending on the quantities of natural gas actually consumed by the Company, and may increase as the final price agreed upon in the agreement to be signed will be lower,” IEC said.

Discovered in 2010, the Leviathan gas field, holding around 22 trillion cubic feet of gross recoverable resources, is one of the largest natural gas discoveries in the world. It is being developed using a subsea system that will connect production wells to a fixed platform located offshore with tie-in onshore in the northern part of Israel.

Noble said at in November 2018 that the construction of the Leviathan project had been 67 percent complete, with anticipated first gas sales on schedule by the end of 2019.

Premium
Chevron and partners prepare investment for Aphrodite gas field as Cyprus and Israel push for swift resolution of reservoir dispute
Posted: 2 months ago
Uniper partners with NewMed Energy on LNG and hydrogen to minimise energy crisis
Posted: 29 days ago
UK’s Capricorn to merge with Israel’s NewMed instead of Tullow
Posted: 2 months ago