In the port of the capital Nouakchott, the vessel is working for developer ARISE Mauritania, on the deepening of the access channel, the port basin and the new berth alongside the new ARISE port terminal.

CSD Willem van Rubroeck is pre-cutting the hard seabed, after which the trailing suction hopper dredger James Cook can dredge up the cut material. The duo, assisted by the barges Pinta, Boussole, L’Aigle and Le Guerrier, will remove a total of 3 million m³ of hard soil.

Round trip to Nouadhibou

During the summer months of July and August, Willem van Rubroeck and James Cook will briefly move to the more northerly port city of Nouadhibou to dredge rock banks in the 3-kilometre-long outer channel for the mining company Société Nationale Industrielle et Minière (SNIM).

In September and October, both vessels will return to Nouakchott to complete the works for ARISE.

“Both projects are largely carried out in the open sea, and that is exactly why the Willem van Rubroeck is the best option,” said Jan De Nul.

This powerful cutter suction dredger is the largest in the Jan De Nul cutter fleet with a total installed power of 41,346 kW, three 8,500 kW dredge pumps, 8,500 kW of cutter power and a cutter reach up to 45 metres water depth.

Willem van Rubroeck was built to dredge very hard rocky soil, and thanks to its size, this vessel can also withstand more difficult conditions, such as higher waves and more challenging weather conditions. 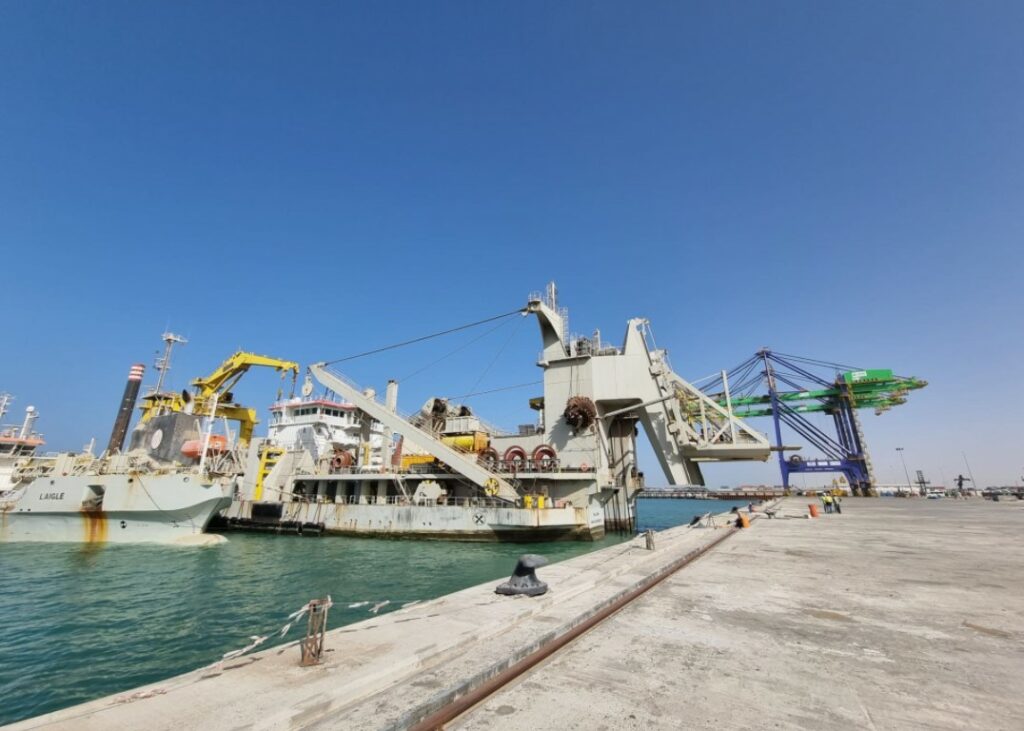