A Japanese consortium of Marubeni Corporation, Tryangle, Mitsui E&S Shipbuilding, and the City of Yokosuka has secured a place in the Joint Technological Development Programme for the Demonstration of Unmanned Ships led by The Nippon Foundation.

As informed, the consortium will launch a pilot project with an aim to establish the technology for autonomous ship operation in Yokosuka City with the financial support awarded by The Nippon Foundation.

Currently, Japanese coastal trade is facing issues resulting from its aging population and a declining number of ship crew engaged in the industry. Under these circumstances, autonomous ships are expected to reduce the workload of the ship crew while enhancing operational safety.

According to the consortium, unmanned ships will contribute to secure, safe and stable sea transport in Japan; for instance, the technology is expected to play a significant role in transporting necessary goods should Japan experience a natural disaster.

The pilot project is planned to be conducted on a voyage route between Mikasa Pier and Sarushima Island in Yokosuka City. The autonomous ship technology being developed by Mitsui E&S Shipbuilding is to be retrofitted on one of the existing small-sized passenger boats operated by Tryangle, in order to achieve autonomous ship operations including berthing and unberthing.

The ship crew will be present onboard to ensure the security of the operation, the consortium explained. 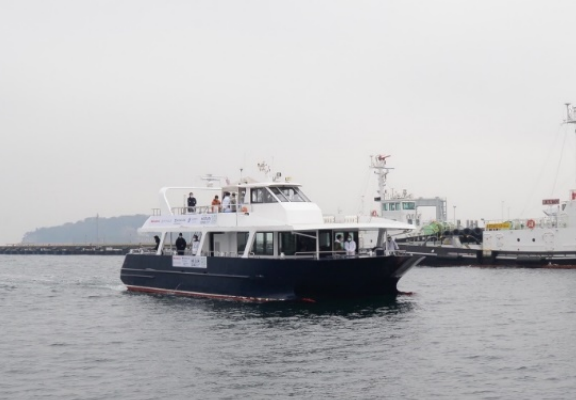