The clean ammonia used for the demonstration was supplied by Abu Dhabi National Oil Company (ADNOC). It was produced by Fertiglobe, a joint venture between ADNOC and OCI.N.V. that is a key supplier of ammonia, using natural gas produced in Abu Dhabi.

Most of the CO2 emitted from the production of the ammonia was sequestered and injected into Abu Dhabi onshore oil fields in which INPEX has a participating interest, making it clean ammonia.

INPEX oversaw the entire process of the demonstration in close partnership with ADNOC. MOL transported the clean ammonia to Japan in an ISO tank container with the support of Nippon Concept Corporation, in which the company holds shares.

Ammonia is advantageous when used as an energy carrier and emits no CO2 when combusted. It is therefore expected to be utilized as fuel for power generation and marine transportation in line with global movements toward a decarbonized society.

INPEX seeks to commercialize three or more ammonia projects by around 2030 while aiming to produce and supply 100 thousand tons or more of hydrogen/ammonia per year. The company plans to continue to work towards building a hydrogen and ammonia supply chain linking Japan and Abu Dhabi, one of INPEX’s core business areas, in cooperation with the Japanese government and customers as well as ADNOC.

IHI is actively promoting the creation of the ammonia value chain including developing of ammonia utilization technology to achieve carbon-neutral. According to the company, this demonstration is important because it is necessary to bring together the parties who are related to production, transportation, storage and utilization in shared efforts to create the ammonia value chain. IHI said it will keep developing technologies that leverage ammonia as an energy source that helps materialize a cleaner world and contributes to realize carbon-neutral society by 2050 via providing carbon-neutral solutions, not only by ammonia utilization technology to reduce CO2 but also carbon recycling technology for the effective use of CO2.

In June 2021, the MOL Group announced a target of achieving net zero greenhouse gas (GHG) emissions by 2050 in “MOL Group Environmental Vision 2.1”, which laid out the group’s approach to global environmental issues. The MOL Group aims to contribute to the safe transport of ammonia, which is expected to be in high demand as a next-generation clean energy source, and contribute to the realization of a decarbonized society through proactive participation in a broad range of value chains. 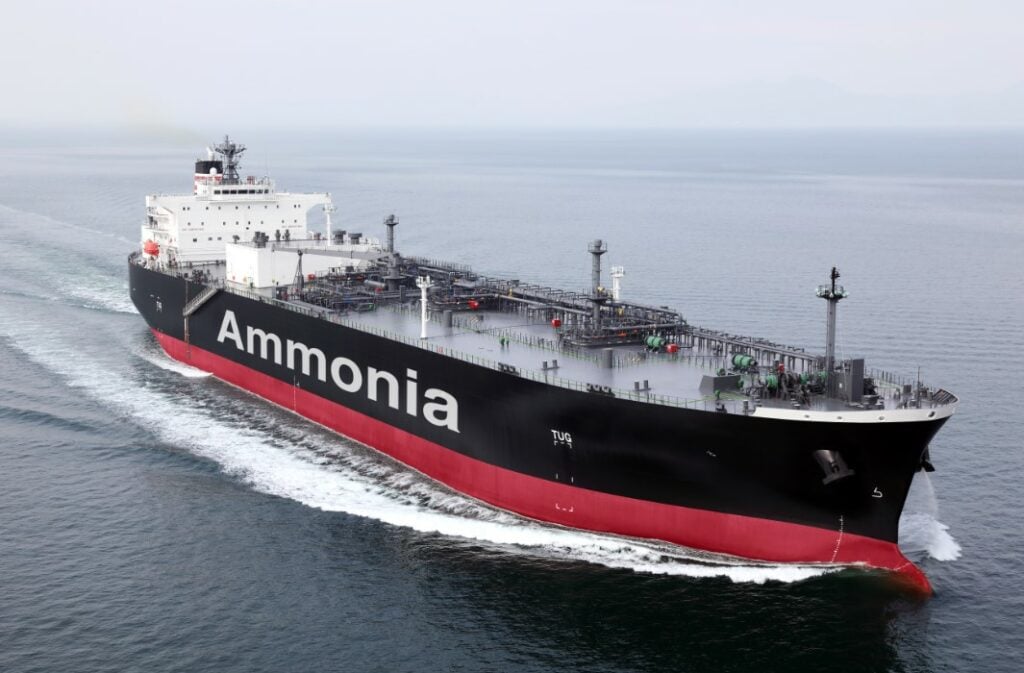