The clean ammonia purchased from ADNOC will be produced by ADNOC using natural gas at an existing ammonia plant.

As informed, the clean ammonia will have a reduced carbon footprint wherein most of the CO2 emitted from the production of the ammonia will be sequestered at Abu Dhabi onshore oil fields in which INPEX has a participating interest.

The clean ammonia will be transported from Abu Dhabi to Japan in an ISO tank container and is scheduled to be utilized in energy fields including a demonstration as a power generation fuel.

Through this exercise, INPEX plans to work closely with ADNOC to implement a demonstration supply chain extending from the production of clean ammonia to its end-use.

Ammonia is advantageous as a mode of storage and transportation of hydrogen and emits no CO2 when combusted. It is therefore expected to be utilized as fuel for power generation and marine transportation in line with global movements toward the realization of a net-zero carbon society.

In addition to implementing the demonstration supply chain, INPEX plans to explore the commercial potential of a clean ammonia production business in Abu Dhabi in the UAE in cooperation with ADNOC, JERA Co., Inc. (JERA) and the Japan Oil, Gas and Metals National Corporation (JOGMEC), as announced last month.

As outlined in its business strategy in January, INPEX envisions the advent of a hydrogen era and aims to expand its hydrogen and ammonia business. In close cooperation with ADNOC, as well as the Japanese government and customers, INPEX aims to build a hydrogen and ammonia supply chain linking Japan with Abu Dhabi, one of its core business areas. 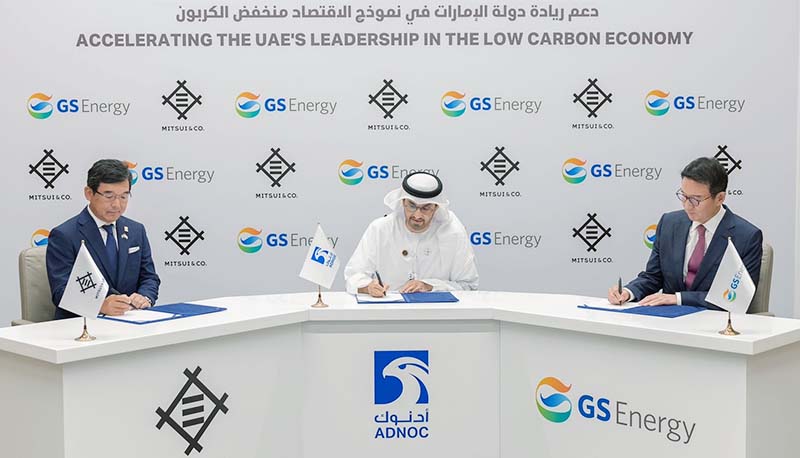