The 79,959 cbm carrier will transport LNG from Malaysia to Shenergy Group in China under a long-term charter with Malaysian energy company Petronas.

This dual-fuel vessel, named Lagenda Suria, is the first out of two LNG carriers included in the 12-year time charter with a 12-year extension option, signed back in 2020.

The second vessel will be named Lagenda Serenty next month, the Japanese company informed.

Both vessels feature a length of 239 metres and a width of 36.6 metres and run on X-DF dual-fuel engine which uses gas admitted at low pressure.

K Line defined LNG carriers business as one of the top priority area for driving growth in its Medium-Term Management Plan published in May this year.

“K Line will flexibly and proactively respond to customer needs, including growing needs for environmental and digital solutions to maximise its corporate value”, the company states.

At the very beginning of the year, the shipping company revealed plans to have zero-emission vessels by 2030.

“We … aim to introduce zero-emission vessels as early as possible by the end of the second half of the 2020s,” Yukikazu Myochin, president & CEO at K Line, announced in the New Year Message delivered on 4 January 2022. 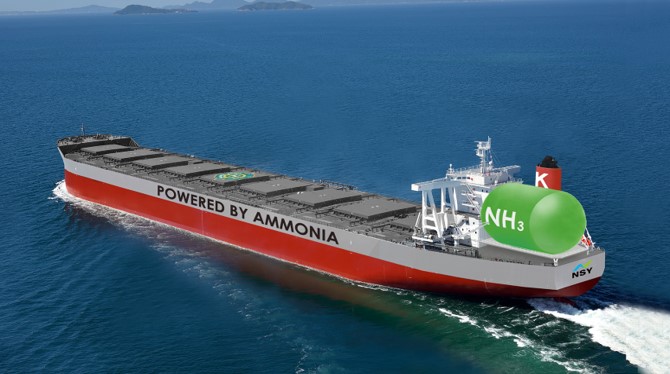