China’s Avic Weihai Shipyard has held a keel-laying ceremony for Stena RoRo’s combined freight and passenger ferry (RoPax), celebrating the next stage of the ship’s construction.

The keel-laying ceremony took place in Weihai on October 15, 2019.

Destined for the English Channel, the newbuilding will be named Côte d’Opale.

To be delivered by the end of June 2021, the 214-meter-long ferry will be the longest ship on the Channel with capacity for 1,000 passengers and crew together with 160 trailers.

The 3,100-lane-meter ship is intended for use on the Dover – Calais route and will, therefore, be named after one of the coastal regions in France, according to DFDS.

The new ferry will be highly efficient and environmentally friendly with an expected reduction in oil consumption when compared to DFDS’ previous ferries on the channel routes, the company explained.

Between 2016 and 2018, Stena RoRo placed orders for a total of eight Stena E-Flexer class vessels with the Avic Weihai Shipyard. Stena will operate five of the vessels. 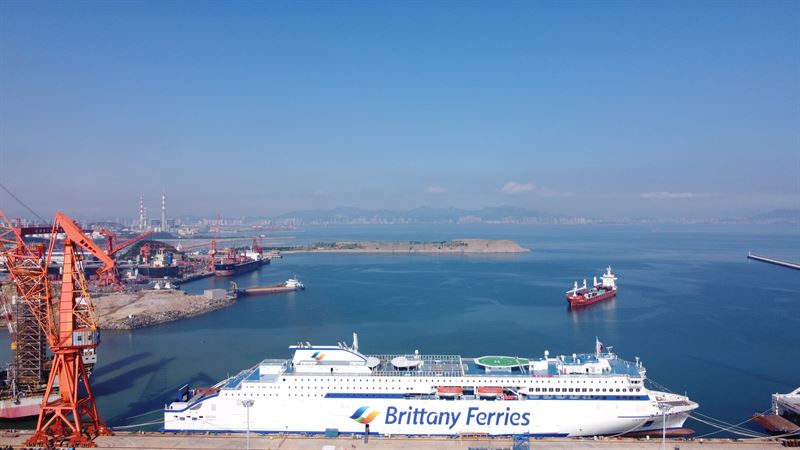