Ensco plc  took delivery of the seventh and final rig in the ENSCO 8500 Series® on 30 July at the Keppel FELS shipyard in Singapore, where all the rigs in the series have been built. The rig is contracted to Anadarko for work in the U.S. Gulf of Mexico starting in December.

“The construction and successful commencement of the ENSCO 8500 Series distinguish Ensco from other offshore drillers,” said Dan Rabun, Chairman, President and CEO of Ensco plc. “We undertook this series in 2005 based on our reading of the market and of our customers’ needs, and time has proven us right on both counts. It’s a dependable, efficient workhorse rig and customers keep coming back.”

The series has been notable for its reliability and high uptime. The ENSCO 8500 Series rigs were the first to be recertified by regulators for work in the U.S. Gulf of Mexico following the Macondo incident, and achieved 97 percent utilization worldwide in 2011. These rigs have also helped Ensco achieve the number one customer rating in deepwater drilling in the annual EnergyPoint survey for the past two years.

“The cost-efficient proprietary design and standardized approach to the series have paid off for both Ensco and our customers,” added John Knowlton, Ensco Senior Vice President – Technical. “As a result, we have made standardization one of the elements that sets our fleet apart – not just in this series but in our high-spec jackups and our drillships as well.”

Ensco plc was added to the S&P 500 Index, the world’s most followed stock index, after trading hours yesterday. The index includes 500 leading companies in the major industries of the U.S. economy. 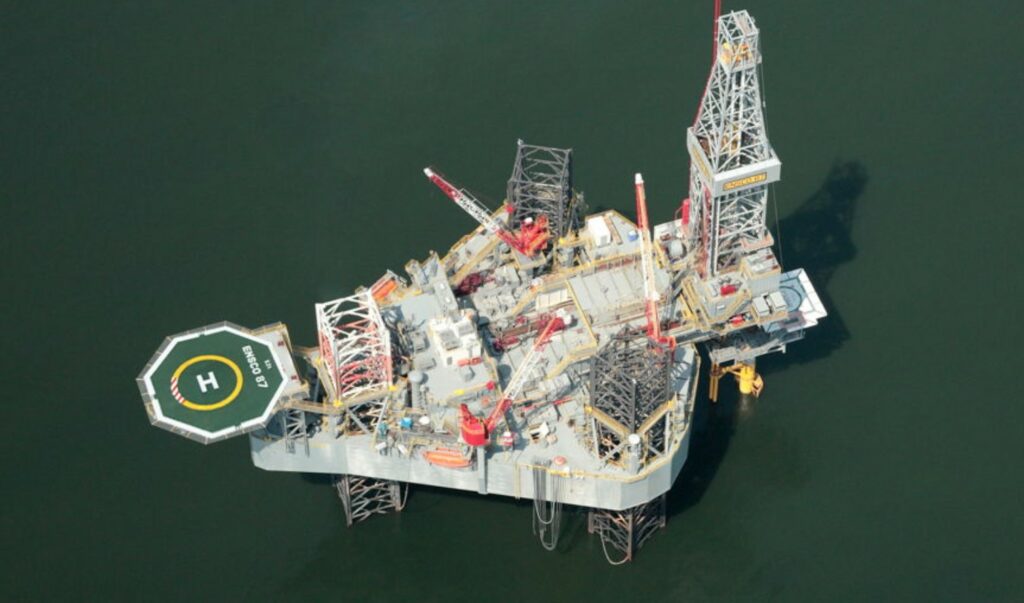