Keppel Wins Over USD 60 Mn Worth of Modification Deals

Keppel Offshore & Marine Ltd (Keppel O&M) has through its wholly owned subsidiary, Keppel Shipyard, won four contracts worth a total of SGD 85 million (around USD 61.4 million) for the conversion, repair and modification of vessels.

“Despite the current challenging market conditions, we continue to receive a regular stream of conversion, repair and modification work… There remain opportunities in a variety of segments in the offshore and marine market,” Chor How Jat, Keppel O&M’s Managing Director (Conversions and Repair) and Keppel Shipyard’s Managing Director, commented.

The first contract is from Dixstone Holdings for the conversion of the M/T Tempera, a tanker, into an FPSO. Keppel Shipyard’s job scope includes the installation of topside process skids as well as a new accommodation module, amongst others.

Work on the ship is expected to commence in 3Q 2017, according to Keppel. Upon its expected delivery in 3Q 2018, the FPSO will be deployed to the Yombo field operated by Perenco off the Republic of Congo, Africa. It will replace the FPSO Conkouati which has served the field for more than 25 years and was also converted by Keppel Shipyard in 1991.

Furthermore, under the second contract, Keppel Shipyard will carry out repair work for the life extension and conversion of an oil tanker into an FPSO. The ship, MTC Ledang, will be converted for MTC Engineering.

Work by the shipyard includes the fabrication of a flare tower and foundation, the lifting and integration of the crude stabilization unit, as well as other refurbishment works. Upon its completion in 3Q 2017, the FPSO will be deployed to the Ophir Field, offshore Peninsular Malaysia.

The third contract that Keppel Shipyard secured is from Royal Boskalis Westminster (Boskalis) and includes the conversion of a semi-submersible heavy lift vessel, Finesse, to a crane vessel.

Once the upgrade is completed, Finesse will be equipped with a 3,000-ton crane, dynamic positioning (DP2) capabilities and will be able to accommodate up to 150 people. The vessel, which is already berthed at Keppel Shipyard, will also be capable of transporting and installing offshore wind turbine foundations upon its completion in 3Q 2017.

Finally, under the fourth contract, Keppel Shipyard will conduct major refurbishment of a gas carrier managed by Exmar Ship Management (Exmar). As informed, work on LNG Lerici has commenced and is expected to be completed in 1Q 2018.

“The above contracts are not expected to have a material impact on the net tangible assets or earnings per share of Keppel Corporation Limited for the current financial year,” Keppel said. 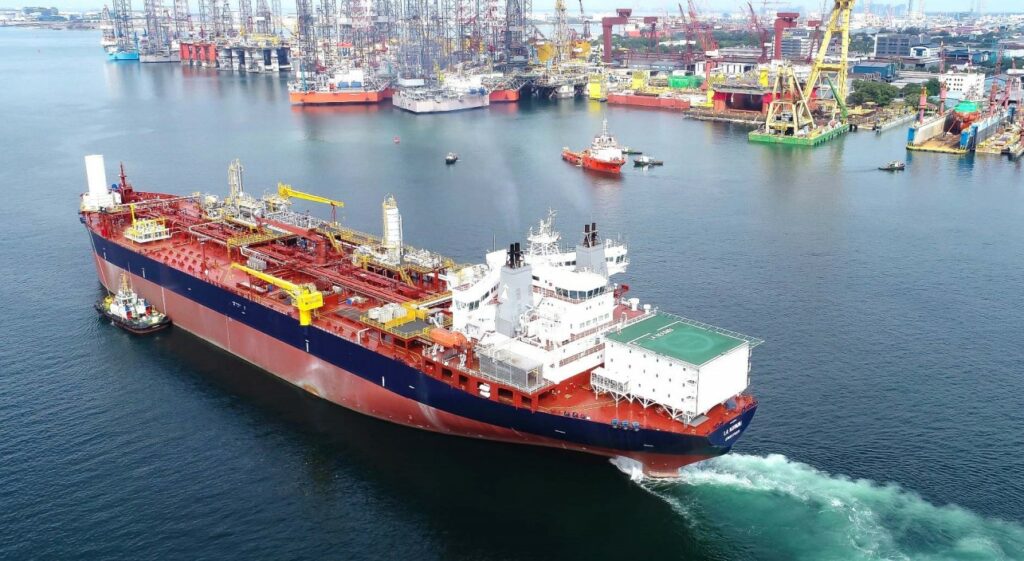