Scotland’s Kishorn Port has landed a contract under which it will host a visit by world’s largest semi-submersible offshore drilling rig, the Ocean GreatWhite.

Owned by Diamond Offshore, the Ocean GreatWhite weighs in at 60,800 tonnes and is a 6th generation harsh environment drilling rig capable of drilling down to 10,000m in 3,000m of water. With a draft of over 23 meters, the rig needs deep water for anchoring.

The Ocean GreatWhite has made its way from Singapore, via Las Palmas in the Canaries over the last five months assisted by the Alp Defender, a large ocean-going offshore supply vessel weighing in at 5600t. The rig is scheduled to start a drilling contract in the North Sea early in 2019.

Namely, as previously reported, the Ocean GreatWhite was awarded a contract by Siccar Point. The contract, for three firm wells plus three option wells, is scheduled to start in early March and end in mid-July 2019.

According to information from VesselsValue, the rig is currently located in the North Atlantic, west of Ireland and it is scheduled to arrive at Loch Kishorn on December 29, 2018.

During its station at Kishorn, the rig will be made ready for its drilling program, with Ferguson Transport and Shipping providing marine agency and stevedoring support, KPL said.

Alasdair Ferguson, a Director of KPL, recently visited the rig in Las Palmas and commented: “I couldn’t fail to be impressed by the sheer scale of the Ocean GreatWhite. We hope that the berthing and support to the rig at Kishorn will herald a new era of engagement in the oil and gas industry at Kishorn.”

Kishorn Port Ltd (KPL), a joint venture between Leiths (Scotland) Ltd and Ferguson Transport and Shipping, was created in 2008 to promote the regeneration of the Kishorn Yard and dry dock as a major facility for the manufacturing of renewable energy components, decommissioning and support to the North Sea oil and gas sector.

The Yard and the dry dock were very busy in the early years of the North Sea oil and gas boom, employing over 3,000 people and generating a huge contribution to the local Highlands economy. In the 1970s, the yard was used for the construction of the Ninian Central oil production platform. The platform was towed out of Loch Kishorn in May 1978.

Howard Doris, the yard operators finally succumbed to insolvency in 1988 and the yard lay largely dormant until 1992, when the dry dock was resurrected to enable the casting of the two 2,500 tonne concrete caissons that support the Skye Bridge.

KPL secured a comprehensive Masterplan permission in 2013 and has been promoting the yard and its dry dock for use by the renewables and oil and gas sectors for the last five years following significant investments in site infrastructure.

Simon Russell, Director, added: “After many years of working on the Kishorn project, this is a great step towards its future regeneration and the creation of local jobs and opportunities.” 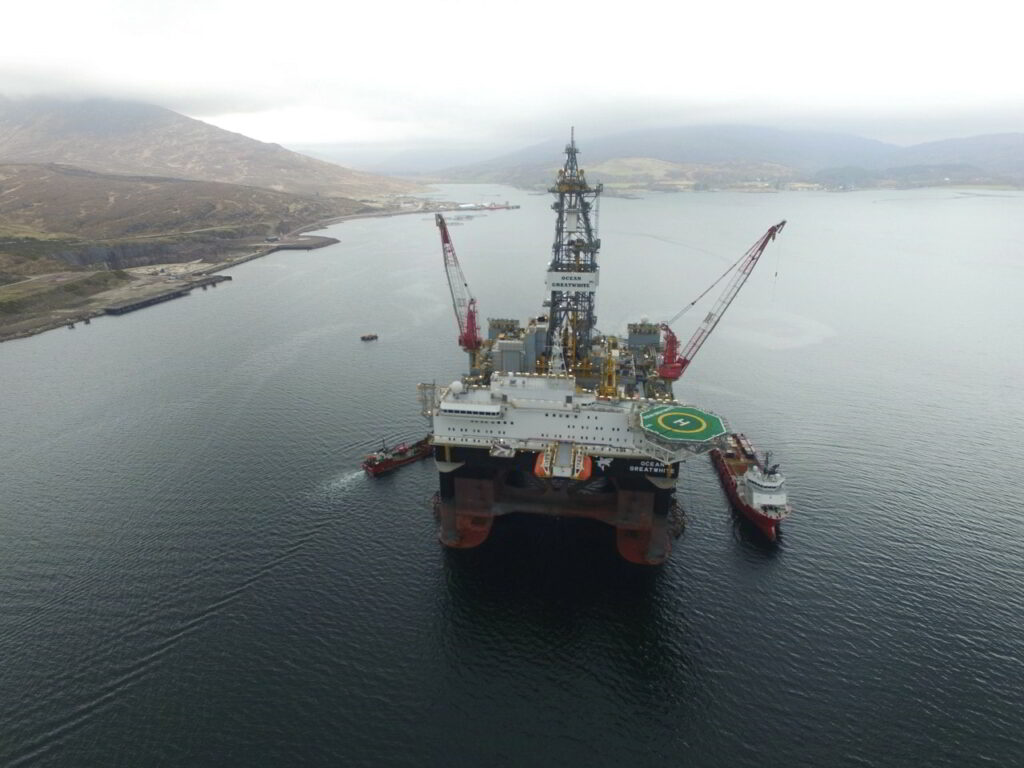