Capacities at Lithuania’s first and only import terminal in the port of Klaipeda have been fully booked until the end of the gas year 2020.

Klaipedos Nafta said on Monday that the terminal was fully booked for the rest of the gas year which is calculated from October 1 until September 30 of the following year.

Arūnas Molis, head of Klaipėda LNG Service of KN, said: “The demand of Klaipėda LNG terminal is determined by the favorable situation in the international markets. June was the most intensive month in terms of the use of the terminal, what considerably determined the growth of the regasification indicators.”

In June, the LNG terminal reached its record scope of activities – about 2.4 TWh of natural gas were regasified and submitted to the natural gas transmission system, which is approximately the same as the total amount of gas during the first summer month consumed in all the three Baltic States.

In June this year, the regasification amount was almost 200 percent higher than in June last year when a total of 0.8 TWh of gas were regasified.

In July, the terminal is planning to accept two big and two small gas carriers. Repair works of the gas transmission point from Belarus to Lithuania is scheduled this month. Therefore, the gas to Lithuanian consumers will be submitted only from Klaipėda LNG terminal during a three-week period.

Also during July, the world’s largest LNG feeder and bunker vessel Kairos will arrive at Klaipėda. As of September 30, ten percent of the shares of the vessel will be held by German company Nauticor under the agreement concluded in April.

The vessel Kairos, which will arrive in July to Klaipėda for the fifth time, will perform a reload operation from the FSRU based in the Klaipėda LNG terminal to the onshore LNG reloading station located at the gateway of the Port of Klaipėda. 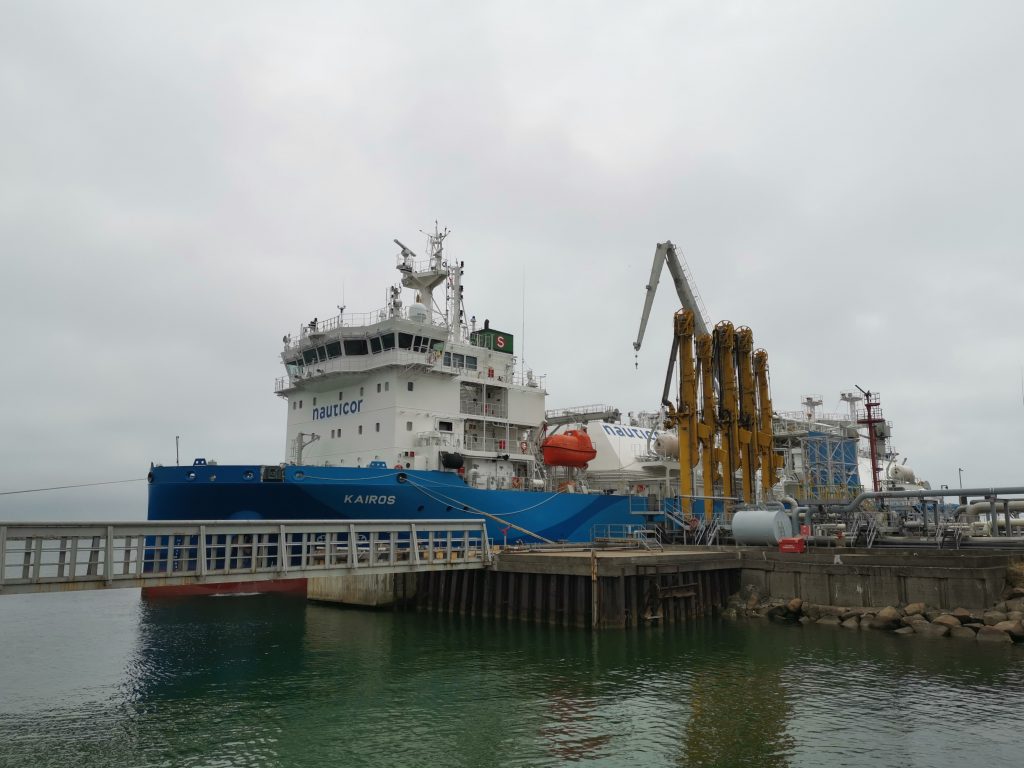