KNOT Offshore Partners has, through its subsidiary KNOT Shuttle Tankers AS, entered into a deal with its sponsor Knutsen NYK, a joint venture company of Nippon Yusen Kaisha and TS Shipping Invest AS, to acquire the shuttle tanker named Anna Knutsen.

The partnership expects the acquisition to close by March 1, 2018, subject to customary closing conditions.

The 2017-built vessel was bought for USD 120 million. The tanker is operating in Brazil under a time charter with Galp Sinopec Brazil Services B.V., which will expire in the second quarter of 2022.

The purchase follows the acquisition deal with Knutsen NYK of the entity that owns Brasil Knutsen.

The acquisition was agreed in December and amounted to USD 96 million.

The Brasil Knutsen is also operating in Brazil under a time charter with Sinopec until 2022. The charterer has options to extend the charter for two three-year periods for both ships.

Pursuant to the omnibus agreement with Knutsen NYK, the company has the option to buy shuttle tankers from the Knutsen NYK fleet that get chartered on five years or more.

The company added that there could be no assurances it would acquire any further ships from NYK Knutsen.

Separately, on January 30, 2018, the partnership’s subsidiary, KNOT Shuttle Tankers 15 AS, which owns the vessel Torill Knutsen, closed a USD 100 million loan with a consortium of banks.

The loan is repayable in 24 consecutive quarterly installments with a balloon payment of USD 60 million due in 2024. The facility will be used to refinance a USD 73.1 million loan for the Torill Knutsen which was due to be paid in full in November 2018.

The company expects its earnings for the first quarter of 2018 to be higher than in the previous quarter, as there is no scheduled offhire for any vessel in the fleet.

In addition, the company forecasts to receive full quarterly earnings from Brasil Knutsen and approximately one month of earnings from the Anna Knutsen.

As of December 31, 2017, the partnership’s fleet of fifteen vessels had an average remaining fixed contract duration of 4.2 years.

“The board believes that demand for newbuild offshore shuttle tankers will continue to be driven over time based on the requirement to replace older tonnage in the North Sea and Brazil and further expansion into deep water offshore oil production areas such as in pre-salt Brazil and the Barents Sea. The board further believes that there will be and is significant growth in demand for new shuttle tankers as the availability of existing vessels has reduced and modern operational demands have increased. Consequently, there should be opportunities to further grow the partnership,” the company said in its outlook. 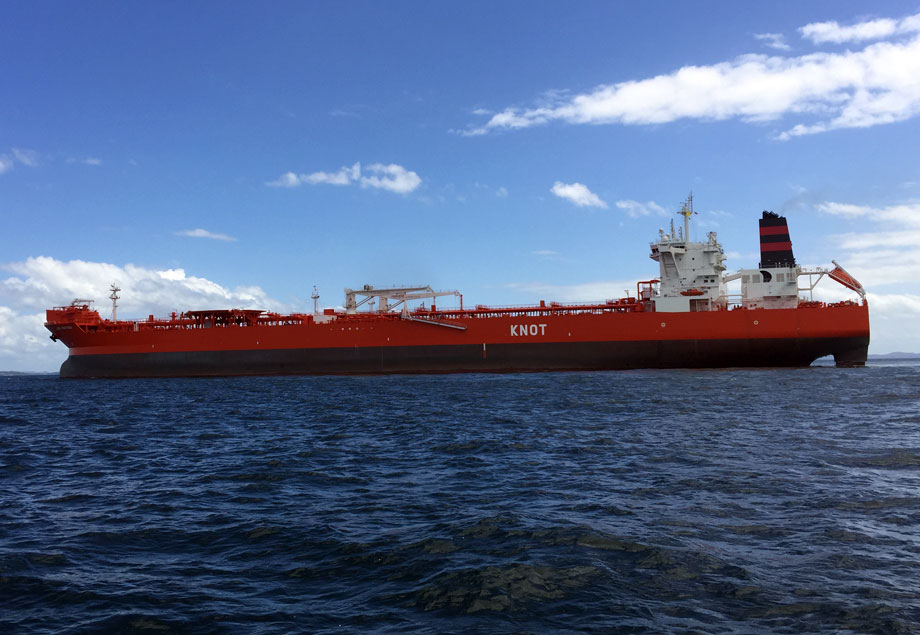