Announcing the completion of the ULQ platform on Monday, October 1, Kvaerner said that only the preparation and testing of systems remains before Norway’s largest accommodation platform heads to the North Sea for installation in spring 2019.

With its 450 cabins and 560 beds, it will be Norway’s largest accommodation platform, Kvaerner said. The platform also includes the advanced control room and systems that make up the nerve center for all installations in the field.

The contract, which is worth NOK 6.7 billion, had nearly 2,000 people involved during the busiest period of the project.

The mechanical completion of the platform means that it is now ready for the testing phase, which is the final stage before it is shipped to the sea.

During this phase, Kværner will assist Equinor under a contract for hook-up and commissioning assistance of the field’s utility and living quarter platform, as well as the preparatory offshore work connected with the phase two modifications of the riser platform, that Kvaerner won in partnership with Aker Solutions.

“It is gratifying to see that despite the demanding project plan we have delivered as agreed and met the milestones in the project,” sais Kvaerner’s Executive Vice President responsible for project implementation Elly Bjerknes.

The project has been conducted with a high degree of Norwegian content. In addition to Kværner, Leirvik AS has had the task of building the housing module, which was the company’s biggest assignment ever.

The giant Johan Sverdrup oil field in the North Sea offshore Norway is being developed in two phases.

The first phase involves the establishment of a field center consisting of four platforms, including a utility and living quarters platform, a processing platform, a drilling platform and a riser platform, three subsea installations for water injection, power from shore, export pipeline for oil (Mongstad) and gas (Kårstø). The platforms will be interlinked by gangways. This phase is expected to start production in November 2019.

As for the second phase, Equinor submitted the field development plan to the Norwegian Ministry of Petroleum and Energy in August 2018.

The second phase covers the development of another processing platform (P2), modifications of the riser platform and the field center, five subsea templates, in addition to power from shore to the Utsira High in 2022. Production start expected in the fourth quarter of 2022. 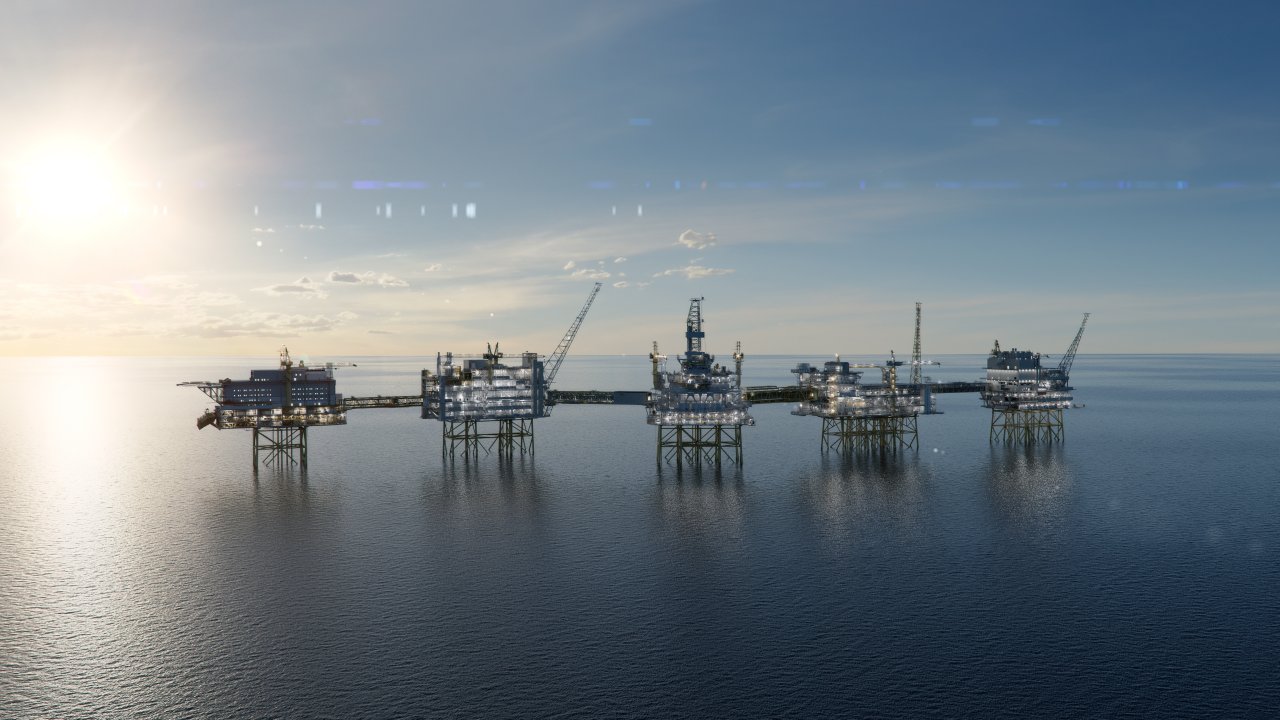