Statoil today enters into a frame agreement with Kvaerner for the delivery of jackets for the North Sea in the period up to 2020. At the same time, the companies will sign a letter of intent for the delivery of two jackets to the Johan Sverdrup field.

The frame agreement gives Kvaerner the opportunity to perform engineering, purchasing and steel jacket construction in the North Sea in the period up to 2020. This agreement ensures greater consistency and secures Statoil the access to competitive expertise and capacity that will be crucial to forthcoming developments.
“It is highly pleasing that Kvaerner has managed to come up with a competitive and forward-looking delivery model. By so doing, Kvaerner has demonstrated that cost-reduction measures and increased efficiency do bear fruit. This is inspiring for us in Statoil. Safe and cost-effective resource utilisation and long-term value creation are our most important tasks,” states Statoil CEO Helge Lund.

Statoil has for some time now been actively involved in efforts to boost the competitiveness of the Norwegian supplier industry through collaboration with the industry in Konkraft, as well as by close dialogue with several suppliers relating to opportunities for simplification, greater efficiency and cost reduction.

Through this agreement Statoil have secured critical deliveries at internationally competitive terms. This frame agreement is also a tool for further industrialisation and standardisation, which will be of significance in securing long-term competitiveness.

The first Statoil development to avail itself of this agreement is Johan Sverdrup, which will include four installations and jackets.

“The Sverdrup development is historical and the biggest on the Norwegian continental shelf since the 1980s. It is an industrial development with a 50-year perspective. This letter of intent signifies a fresh step forward in planning the first phase of Johan Sverdrup,” adds Lund.

Statoil, its partners and Kvaerner are today signing a letter of intent relating to the delivery of two steel jackets to the Johan Sverdrup development. The agreement comprises the riser platform and drilling platform – the two largest and most demanding steel jackets at the field centre. The jacket for the riser platform is due for delivery in summer 2017 and the drilling platform jacket in spring 2018. The letter of intent for the first two platforms on the Johan Sverdrup field is contingent on an investment decision for Sverdrup being reached in February 2015.

Kvaerner is already involved in the development of Johan Sverdrup through its role as subcontractor on the field centre pre-project. Aker Solutions is responsible for the pre-project and, as part of this, is using Kvaerner for the design of the field centre’s jacket.

The contracts for the steel jacket for the accommodation quarters and the processing plant are expected to be awarded in the middle of 2015. Kvaerner is one of several potential suppliers. 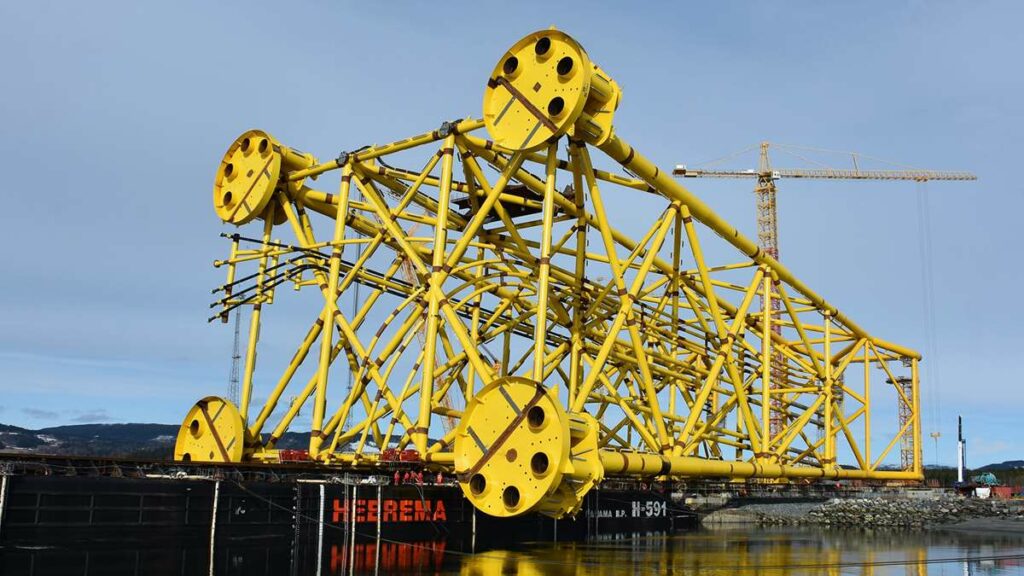