Lebanon has approved the launch of the second offshore licensing round and has invited companies to submit bids for the available acreage. 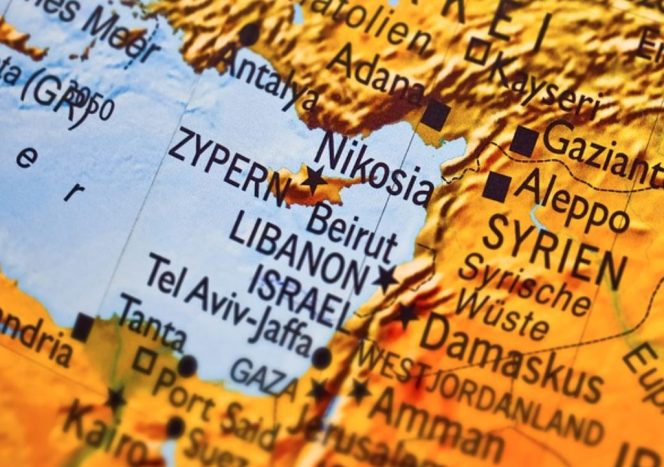 Lebanon’s Council of Ministers approved the launch of the Second Offshore Licensing Round (SOLR) on April 4.

According to Norway’s seismic company PGS, which is an official data provider for the round, confirmed the interested parties are invited to submit their applications for Blocks 1, 2, 5, 8 and 10 before the 31st January 2020.

“Following the success of the first license round in 2017, Lebanon again presents a tremendous opportunity, with frontier acreage already covered by modern 2D and 3D seismic data. The acreage comes with the reassurance of proven hydrocarbon plays and recent discoveries in the vicinity,” PGS said, promising its Lebanon datasets would help oil and gas firms evaluate potential prospects in the Levantine Basin.

Apart from PGS, another Norwegian seismic player Spectrum, is an official data provider for the round.

Spectrum has said that the Lebanese government has indicated that tenders for the round will not be preceded by a separate pre-qualification process, as was the case in the 1st round, in order to streamline the process and allow oil companies additional time for evaluation. Provisional block winners are expected to be announced during April 2020.

“The legal framework for the second round has largely remained unchanged from the first but pre-qualification criteria have been slightly loosened to encourage greater participation,” Spectrum said.

“Following the prominent Zohr discovery, which opened up a different play type to those of the Leviathan and Aphrodite discoveries, much of the eastern Mediterranean has seen a renewed focus of exploration activity. With this increased level of interest, Lebanon’s 2nd offshore licensing round provides a timely opportunity to gain access to favourable acreage in this emerging region,” Spectrum added.

Spectrum has acquired and interpreted over 5,000 km2 of modern Multi-Client 3D data offshore Lebanon, covering 3 of the 4 blocks anticipated to be included in the 2nd licensing round. ”

“Through this data, Spectrum has shown that the Early Miocene reservoir indicates a string of three-way dip closed and one-way fault closed structures that range in size from 20 to 50 km2, capped by thick Late Miocene mudstones. These are similar in size to the Tamar structure (9 TCF) to the south but less highly faulted,” the Norwegian seismic firm said.

The blocks were awarded late in 2017 to a consortium comprising of Eni, Total, and Novatek as part of Lebanon’s much-delayed first international competitive offshore licensing round

Total is the operator with a 40% stake, Eni got a 40% interest and Novatek the remaining 20% interest.

The agreements, covering Blocks 4 and 9 located in the eastern part of the Mediterranean Sea, provide for the drilling of at least one well per block in the first three years. The first well is expected to be drilled in 2019. Lebanon will be hoping that the well will be a success as the company which relies heavily on energy imports to meet domestic demand. Lebanon has a reason for optimism as the Eastern Mediterranean region has unearthed several significant gas discoveries in the past few years, including Eni’s Zohr in Egpyt, and Israel’s Leviathan. Also, Rystad Energy has today said that Exxon’s Glaucus discovery offshore Cyprus was the top offshore discovery of the 1Q 2019.