Insurers, banks and construction authorities usually require wind turbine manufacturers and operators to have a certification according to the applicable guidelines.

Up until now, the safety functions required within this context, for example, switching off wind turbines in case of excessive rotor speed, have been implemented with relatively costly and frequently redundant constructions. With its new FSR, LEINE LINDE SYSTEMS is launching a cost-optimized solution for wind turbine safety systems in the market for the first time. The new product will be presented at the EWEA Offshore 2013 in Frankfurt, Germany for the first time.

The electric slip ring plays a central role in modern multi-megawatt class turbines. After all, power, signals and data are transmitted here between the nacelle and rotor. The slip ring is commonly used as a rotary encoder support for recording speed and sometimes the rotor position (for the rotor lock and the pitch system). As a result, this component assumes an extremely important task, which includes meeting very high operational safety and reliability requirements. The standard reference for designing and certifying wind turbines, also referred to as the GL Guideline or GL 2010, consequently specifies that the “rotational speed shall be picked up at least twice by separate systems, and supplied at least twice to the control system and at least once to the safety system”. In Appendix 2.C, the GL 2010 also recommends performance level “d” for protection against excessive rotor speed.

Proving safety — reducing costs
In light of the increasing cost pressure prevailing in today’s market, a number of manufacturers are searching for alternatives and other solutions. At this year’s EWEA Offshore in Frankfurt, they can discover such an alternative: The wind specialists of LEINE LINDE SYSTEMS GmbH will debut their solution that enables an efficient speed monitoring design and meets design demands for manufacturers at the same time. In the newly developed FSR product range, a modular slip ring that can be customized to meet specific customer demands is combined with a functionally safe rotary encoder. This also includes a secure interface for a subsystem of the safety control.

Mechanics, electronics, software — it’s all safe
It breaks down as follows: To reliably record the position or achievable speed, it must be ensured that the slip ring cannot become disconnected from the drive shaft or gearbox, or the rotary encoder from the slip ring. The FSR integrated solution guarantees all of the above. The rotary encoder used in the FSR and the communication master (part of the subsequent electronics) are already certified according to DIN EN ISO 13849 or EN 61508 for PLd or SIL 2. If additional measures are implemented in the subsequent electronics, PLe or SIL 3 can also be achieved. As a result, the rotary encoder is safely connected directly to the system control.

Unlike conventional systems, this design operates without additional evaluation electronics and safety relays, thus reducing costs. The bidirectional rotary encoder interface EnDat 2.2 (FS) ensures the cost-optimized design. The EnDat 2.2 interface has been used in the industry for many years now. It also offers additional diagnostic functions along with an easy connection via a 6-pin line with a M12 plug connector.

The FSR platform is therefore a reliable, compact and intelligent solution for wind turbines as well as today’s and tomorrow’s onshore and offshore applications. It is customized to meet specific individual wind turbine design requirements and supplied from one single source. 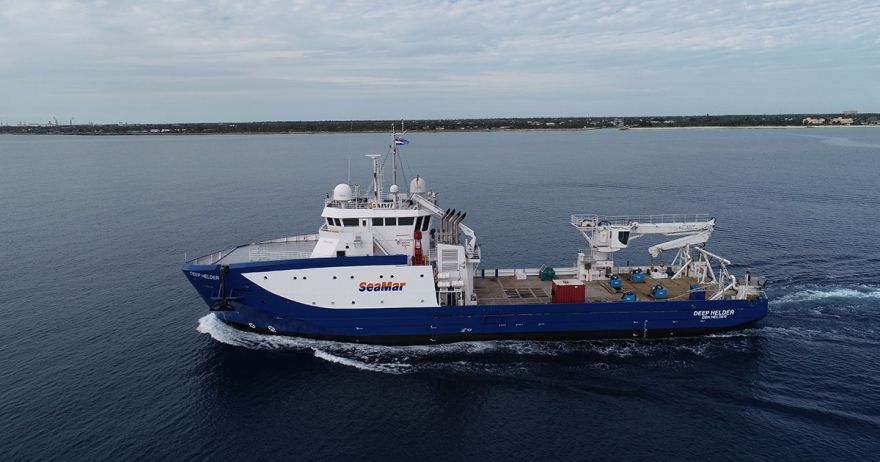