As informed, Sundsvall Energi will be the host and provide carbon dioxide for the second commercial-scale electrofuel facility in Sweden.

Biogenic carbon dioxide from the energy facility will be captured and combined with renewable hydrogen to generate green electrofuel, eMethanol.

The fuel is intended for the maritime industry to support the transition to carbon neutral shipping.

“We’re excited to announce FlagshipTWO – a project that will further strengthen Sweden’s position in the green transition while supporting local fossil-free fuel production. The facility in Sundsvall will have twice the capacity compared to FlagshipONE in Örnsköldsvik, and will serve the maritime market,” Claes Fredriksson, CEO and Founder of Liquid Wind, commented.

“Sundsvall has set a goal of being climate neutral by 2030 and this is a crucial step in that direction. The company takes a positive view of this opportunity to develop our business together with Liquid Wind,” Arianne Sundman, Chair of the Board of Sundsvall Energi, said.

“We are planning for extensive work over the next several years ahead to enable this development and it can become the largest ever industrial investment in Sundsvall. We will be able to offer our customers energy and waste treatment solutions that will ensure future positive climate footprints,” Anders Jonsson, CEO of Sundsvall Energi, noted.

In the Liquid Wind facility, green hydrogen will be produced from additional renewable electricity and water. This hydrogen will then be combined with the biogenic fraction of the captured CO2 in a reactor to form eMethanol.

The two facilities will also be closely integrated to exchange steam, waste heat and other process medias to maximize use of resources. The fossil fraction of CO2 is further processed by Sundsvall Energi for long-term storage in the bedrock, so-called carbon capture and storage (CCS).

Liquid Wind team and partners have also worked together on FlagshipONE. Going forward they will design the technology integration and engineer the facility, in close collaboration with Sundsvall Energi.

The goal is to make the investment decision in late 2023, subject to environmental permitting process and extension of the electricity grid connection. With a construction time of approximately two years, the electrofuel is planned to be available by the end of 2025 or early 2026.

“It is an exciting project with many purposes. First of all, all fossil emissions from Korstaverket will be eliminated. Secondly, the eMethanol will replace and avoid emissions from fossil fuels. The deep collaboration and process integration we are aiming for provides for a truly circular value chain based upon only local feedstock,” Johan Zettergren, Project Director FlagshipTWO at Liquid Wind, explained. 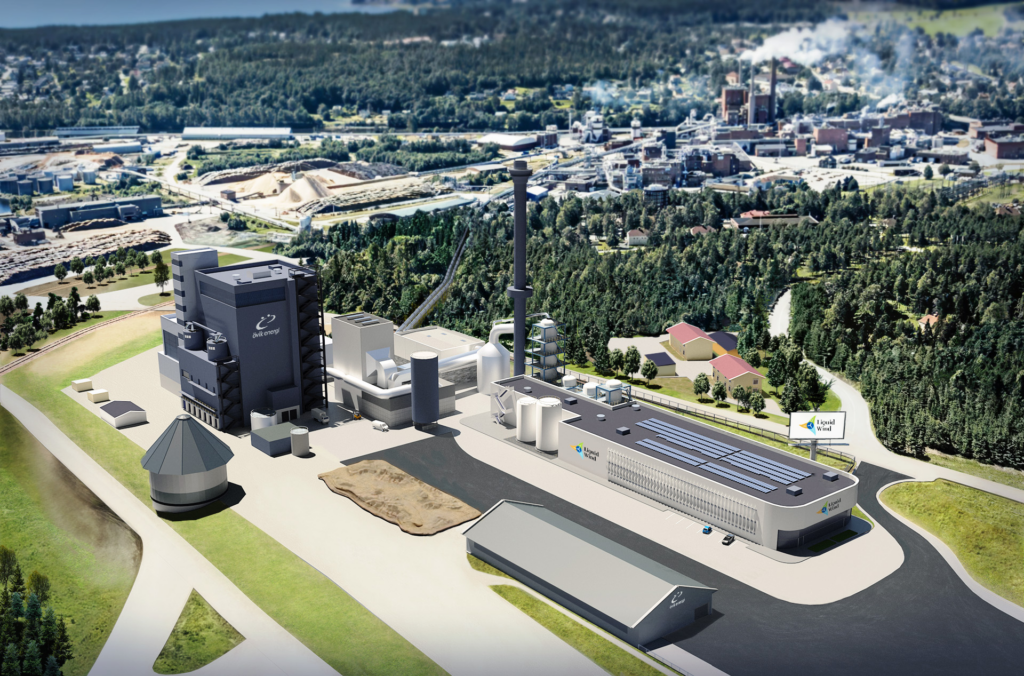