As informed, the application was submitted to the Land and Environmental Court in Umea, Sweden.

The production facility, FlagshipONE, will be located in Örnsköldsvik, north-east Sweden, where the firm will also have access to the low-cost renewable electricity needed to produce the fuel. Through the partnership with Övik Energi, Liquid Wind has secured the site and carbon dioxide (CO2) source for its first facility.

“We hope for an efficient and smooth permit process to be able to keep to the schedule for starting delivery of electro-methanol to the shipping companies with which we are in talks,” said Thomas Nilsson, project manager for FlagshipONE.

The construction process is scheduled to start in the spring of 2022. Once operational, the e-fuel facility is expected to convert 70 000 tonnes of CO2 into 50 000 tonnes of carbon-neutral methanol.

With its consortium partners, Alfa Laval, Carbon Clean, Haldor Topsoe and Siemens Energy, the company plans to set up 6 facilities across Scandinavia by 2030, and then scale up to 500 facilities by 2050 and license the technology internationally.

A few months ago, Liquid Wind raised €4 million ($4.9) in equity investment for the development of the eMethanol production facility.

The new facility will capture waste carbon dioxide (CCU) and combine this with hydrogen, made from renewable electricity and water, to produce eMethanol.

“The transition to renewable energy is urgent. World shipping currently uses 350 million tonnes of fossil fuel per year. With e-methanol as a replacement for today’s fossil fuels, carbon dioxide emissions will be reduced by over 90%,” stated Claes Fredriksson, CEO of Liquid Wind.

According to Liquid Wind, Sweden’s first eMethanol could be available from early 2024, just in time for the new vessel to be operational.

Last month, Danish shipping giant Maersk made headlines with an order for a total of eight large ocean-going container vessels capable of being operated on carbon-neutral methanol.

Methanol has been described as a new solution that ticks all the boxes, with 2020-compliant SOx, NOx, and PM emissions and providing a path for a carbon-free future for shipping.

The methanol-powered units are expected to generate annual CO2 emissions savings of around 1 million tonnes and offer “truly carbon neutral” transportation at scale on the high seas, according to Maersk. 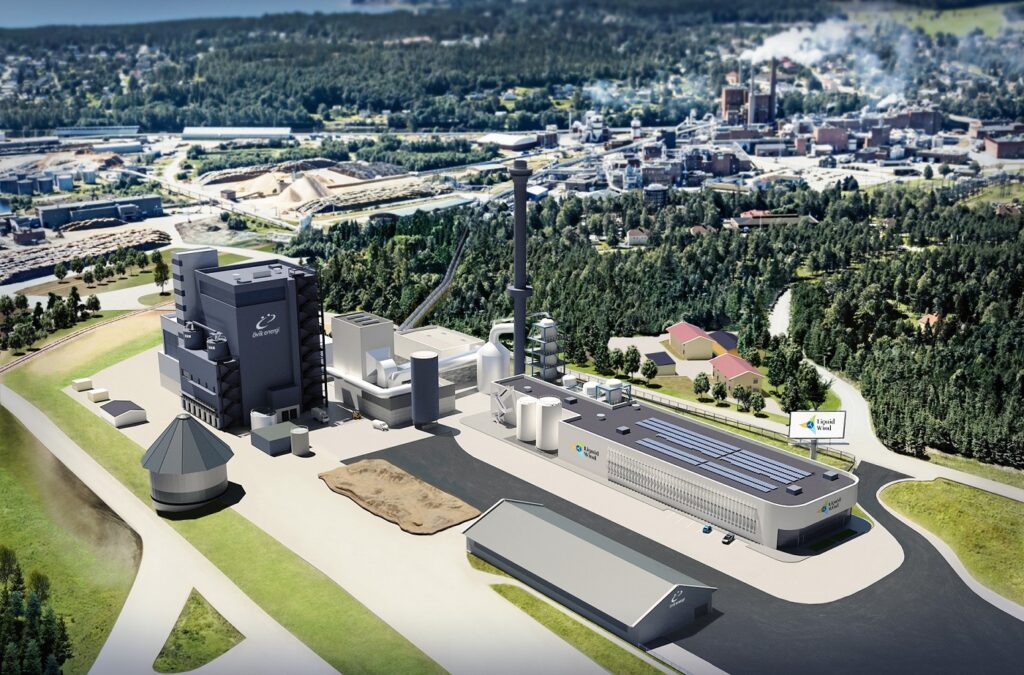