This follows the announcement regarding the signing of an agreement to acquire BHLC from a subsidiary of Anadarko Petroleum Corporation for US$11.0 million.

This acquisition of BHLC is in line with LNGL’s strategy of acquiring sites in North America where the Company can replicate its Magnolia LNG Project and fast‐track development by using its existing LNGL development team and its OSMR® technology.

LNGL is in discussions with gas transportation companies and owners of gas reserves regarding the supply of natural gas from onshore and offshore Canadian natural gas supply options, and the Marcellus Shale Gas Play in North‐Eastern USA, to the Bear Head LNG project site.

LNGL’s Managing Director Maurice Brand stated, “We are very pleased to have finalised the acquisition. This is a significant transaction for LNG Limited and is consistent with our strategic plan to selectively secure sites that meet our criteria and develop a strong North American presence. Importantly, Bear Head LNG will further de‐risk the Company’s asset base.”

“We are particularly keen to secure opportunities where we can either replicate Magnolia LNG or substantially use all the Company’s technical, engineering, technology and development expertise. Bear Head fits those criteria with the development plan based on the use of the Company’s OSMR® LNG Process Technology which will deliver lower capital costs, improved energy efficiency and a shorter development and construction schedule,” he added. “The Bear Head LNG Project Site has two LNG tank foundations in place with considerable civil works, including roads and culverts, which are advantageous for transforming the site into an LNG export facility.”

“Our Executive team for the Bear Head LNG project will be led by John Godbold (as the Chief Operating Officer and Project Director) and Ian Salmon (Chief Financial Officer and Chief Commercial Officer) who have considerable operational, commercial and financial experience in the energy sector, particularly LNG. John and Ian will officially commence work on 1 September 2014. We look forward to working with local governments in developing this project that will have significant local economic benefits,” continues Brand.

“With the appointment of John and Ian and several other key managers to follow, we are well resourced to progress our second North American LNG export project in a timely manner. Bear Head LNG will share an office in Houston with Magnolia LNG,” Brand said.

Brand confirmed that Magnolia LNG was on schedule and budget and the Board of Directors is very pleased with the high calibre execution team that has been established and is satisfied that the acquisition and development of Bear Head will not detract from the Company achieving Financial Close of Magnolia LNG in mid 2015. 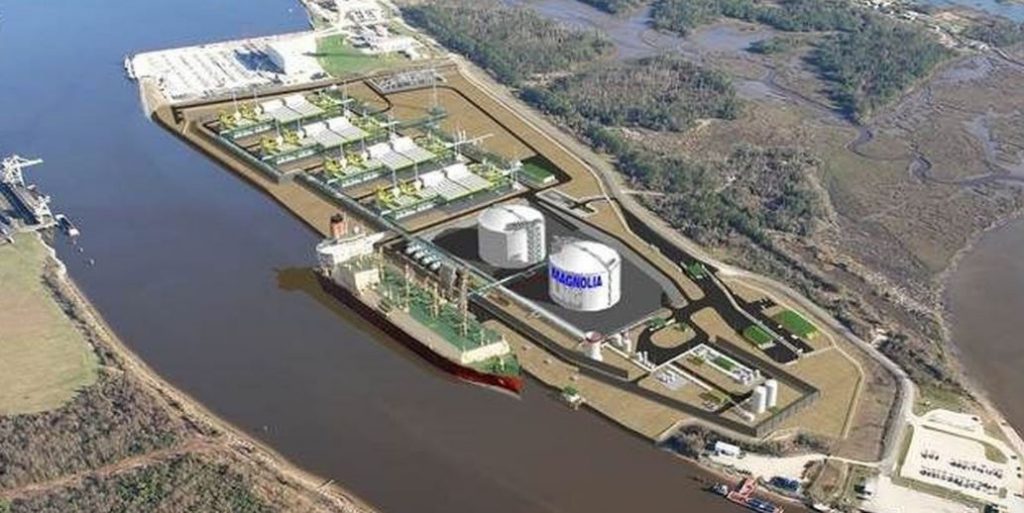