The appraisal well, named 7220/11-5 S, is located in production license 609 in the Barents Sea where Lundin is the operator.

Lundin has an ownership interest of 40 percent at the license. The other licensees are Idemitsu Petroleum and DEA with 30 percent each. Production license 609 was awarded on May 13, 2011, in the 21st licensing round on the Norwegian shelf.

The PSA said on Tuesday that the consent applied to drilling, completion, and production testing of the well with water depth at the site around 386 meters.

According to the offshore safety body, the drilling was scheduled to begin in April and estimated to last around 134 days, including production testing.

The well will be drilled by the Leiv Eiriksson drilling rig. This is a semi-submersible drilling rig of the SS Trosvik Bingo 9000 type, owned and operated by Ocean Rig. The rig was issued an Acknowledgement of Compliance (AoC) by the PSA in July 2008.

To remind, the Norwegian Petroleum Directorate (NPD) granted Lundin a drilling permit for the 7220/11-5 S appraisal well in late February.

It is worth noting that Lundin signed a new term contract with Ocean Rig for the Leiv Eiriksson back in January. According to VesselsValue, the new contract is expected to start on April 15 and will last for two months. 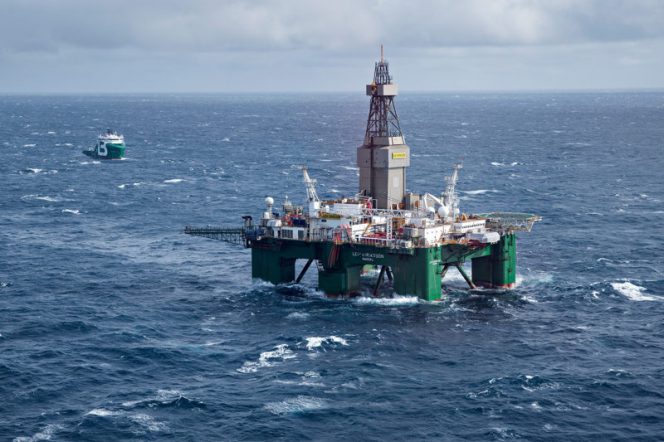