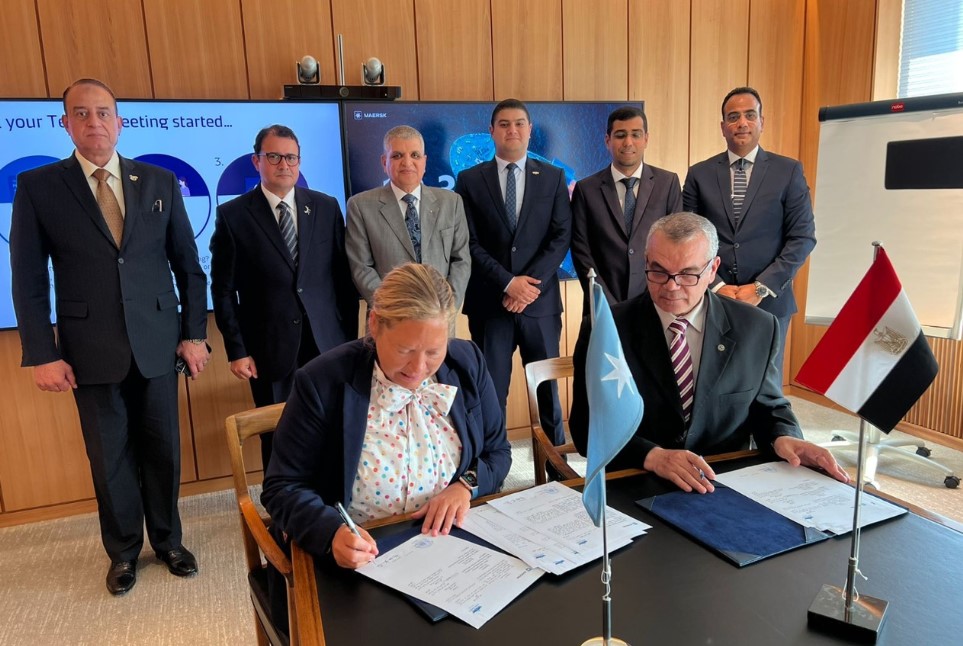 A.P. Moller – Maersk and the Suez Canal Authority (SCA) have signed a $500 million deal for the development of the Suez Canal Container Terminal (SCCT) in East Port Said.

The investment includes a new 1,000-meter container berth adjacent to the existing 500-meter one, as well as additional cranes to bring the total to 30, all powered by electricity instead of diesel. Investing in electrical cranes forms part of the company’s plan to reduce the terminal’s emissions and transform it into a green terminal by the end of 2030.

The delegation from the SCA, headed by Adm. Osama Rabie, Chairman of the Suez Canal Authority, had a first-hand demonstration of the smart container handling systems at the APM Terminals’ Maasvlakte container terminal in the Port of Rotterdam.

The demonstration showcased smart systems for loading, unloading and transporting containers without human intervention, as well as the use of self-driving cars to transport containers from one place to another. This was accompanied by a presentation on the extensive use of clean energy in the terminal, with the aim of transferring this experience to SCCT in the upcoming period.