Offshore engineering and services provider McDermott International has made the second shipment of topside modules for an FPSO unit for MODEC just weeks after the first shipment of modules sailed away from its facility in Mexico.

As previously reported, the first shipment from McDermott’s Altamira fabrication facility was made in early October.

The FPSO will be located in the Eni-operated Area 1 block, approximately six miles (10 kilometres) off the coast of Mexico in the shallow waters of the Campeche Bay at a water depth of approximately 105 feet (32 meters).

MODEC received a letter of intent for supply, charter, and operations of an FPSO vessel from Eni back in October 2018.

The MODEC project scope of work consists of five FPSO topside modules, which will be delivered to the client in two shipments.

According to McDermott, this second shipment includes modules that will provide inlet separators, oil separation, a flare KO Drum and sand cleanup materials for the FPSO.

The modules will travel from McDermott’s Altamira fabrication facility to Singapore where integration will be performed at the Dyna-Mac Fabrication Yard. 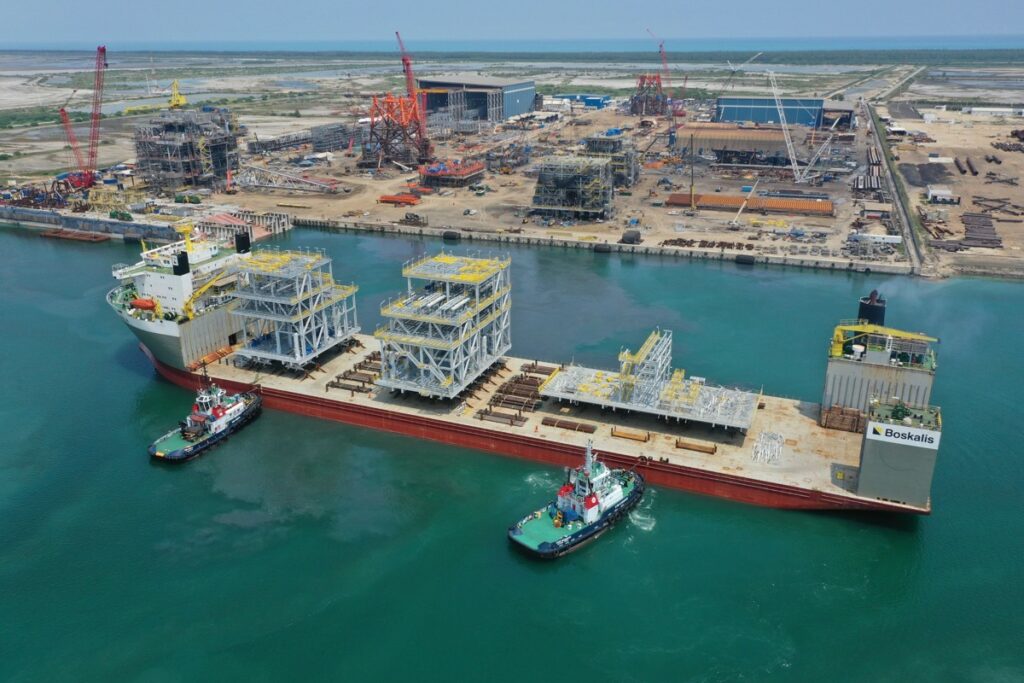