Swedish developer Minesto has delivered clean electricity to the Faroese grid as part of the ongoing commissioning work of its DG100 tidal kite system in Vestmannasund.

“This is a historic moment and a massive step forward for Minesto and the development of our unique product. We are particularly satisfied with the production performance level of the system”, said Martin Edlund, CEO of Minesto. “We are now looking forward to our continued operations in Vestmannasund and working with SEV on future development plans”.

Following the installation of project infrastructure, including the foundation, export cable and onshore control station, Minesto installed and commenced commissioning activities of its 100kW DG100 tidal kite system in October.

The DG100 system consists of the kite, tether, and the bottom joint. The bottom joint provides a pivoting connection point with the foundation, allowing the kite to fly freely in its optimised figure-of-eight trajectory.

The DG100 commissioning progress means that Minesto now has initiated the process of generating renewable electricity from the tidal flows in Vestmannasund, which is facilitated by the Power Purchase Agreement with the utility company SEV.

Jonas Millqvist, Chairman of the Board of Minesto, said: “This is a valuable step towards establishing Minesto’s technology in the renewable energy business on par with more proven technologies such as offshore wind energy.

“We now enter a phase where we move from single installations to array configurations, following the path of wind energy commercialisation. The operational progress and funding set-ups achieved to date give us a strong position to drive Minesto’s commercial development forward”.

Hákun Djurhuus, CEO of SEV, added: “We are very pleased that the project has reached the point where the Minesto DG100 delivers electricity to the Faroese grid. Although this is still on trial basis, we are confident that tidal energy will play a significant part in the Faroese sustainable electricity generation. Unlike other sustainable sources, tidal energy is predictable, which makes it more stable than e.g. wind power”.

Collaboration for both microgrid and utility-scale installations

Minesto and SEV have entered into a collaboration agreement to integrate tidal energy through Minesto’s Deep Green technology in the Faroe Islands.

First step is the installation and operation of two grid connected DG100 systems in the Vestmannasund strait.

Minesto’s DG100 is a product for microgrids, targeting the off-grid and remote locations market both in the Faroe Islands and worldwide.

After demonstrating the DG100 system in Vestmannasund, the joint ambition of SEV and Minesto is a large-scale buildout of both microgrid with up to 250kW, and utility-scale 1MW, Deep Green systems in the Faroe Islands.

The long-term ambition is to make tidal energy a core energy source in the Faroe grid mix, to support the country’s policy goal of satisfying the entire electricity need with renewable energy by 2030, including onshore transport and heating.

Minesto has been granted public funding totalling approximately €3.5 million through the EU’s EIC Accelerator and the Swedish Energy Agency for the implementation of the Vestmannasund project and the development of the DG100 marine energy converter. 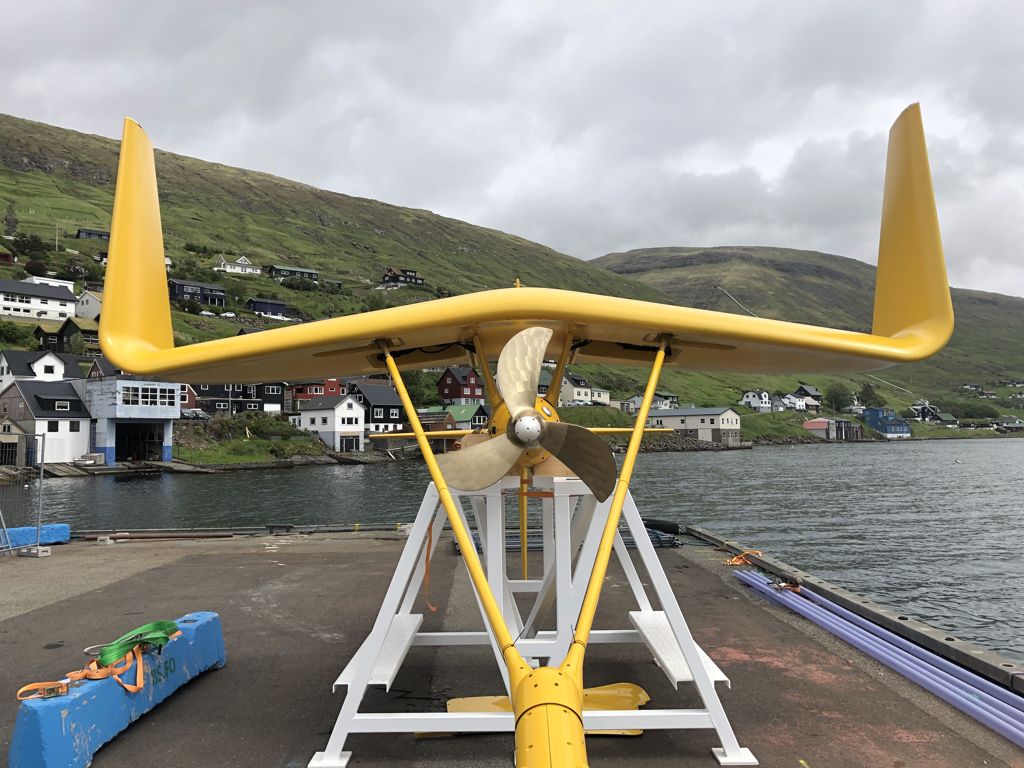