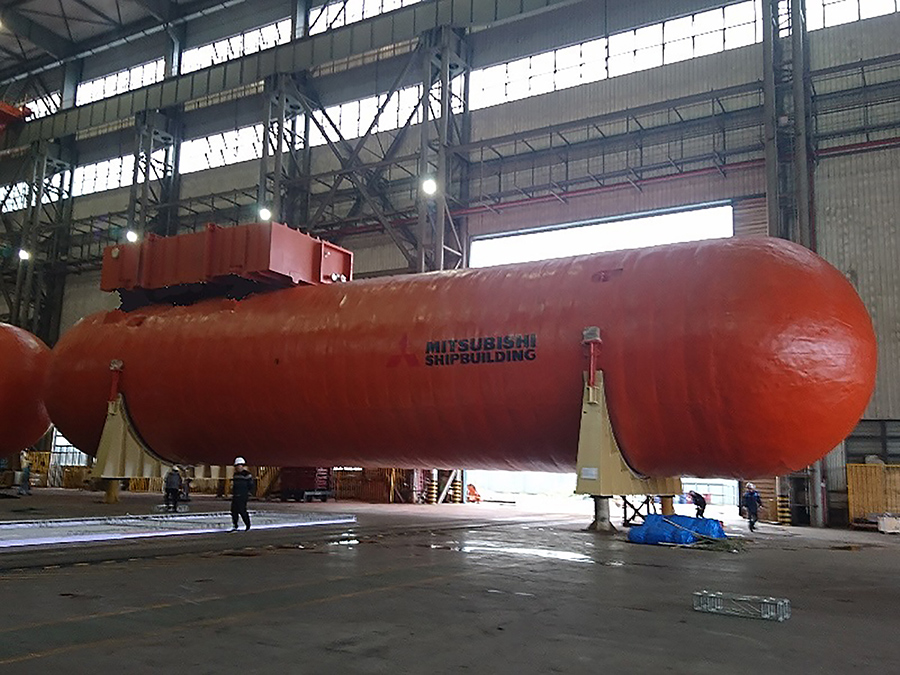 The fuel gas supply system (FGSS) will be installed onboard the first LNG fueled pure car carrier (PCC) built in Japan, which is currently under construction at Shin Kurushima Toyohashi Shipbuilding, Mitsubishi Shipbuilding said in its statement.

The FGSS consists of LNG fuel tanks, LNG fuel gas supply units and control unit, and is delivered in modules, which is expected to contribute to the optimum design of the cargo space and help the shipyard to shorten the installation period, as well as support safe operation by customizing the control system, of FGSS to meet the operational needs of the shipowner, the statement reads.

Mitsubishi Shipbuilding has also provided the shipbuilding yard with the engineering service and technical support relating to the gas handling of the ship.

The supply of FGSS is expected to greatly contribute to the environmental performance of the ship and not only to meet the sulfur oxide (SOx) emission regulations coming effect globally in 2020, but also to improve the energy efficiency of the ship by approximately 40 percent, which is far exceeding the International Maritime Organization (IMO) EEDI Phase 3 requirements that will become effective in 2025.

Further, the ship has also been adopted by Japan’s Ministry of Environment and Ministry of Land, Infrastructure, Transport and Tourism as the model project to reduce CO2 emissions by using alternative fuel.

To convert the conventional oil-fired ship into an LNG fuel ship is one of the solutions to conform to the emission regulations.