As explained, the new organization will utilize advanced technologies in order to accelerate technological development and new business creation in the marine decarbonization field and respond promptly to global trends and market needs to realize a carbon-neutral world.

The new structure will consolidate a range of functions, from technology development and market research to the formulation and implementation of business strategies.

MHI/Mitsubishi Shipbuilding has built more than 5,000 vessels since its founding in 1884, actively adopting new technologies in the construction of energy carriers, including coal carriers, oil tankers, and LPG and LNG carriers.

The recent drive for decarbonization will require a transition to new energy and premised on global trade, demand is expected to increase for clean energy carriers for ammonia and other materials, as well as LCO2 carriers to support reverse logistics for fossil fuels.

In response, Mitsubishi Shipbuilding aims to contribute to the realization of the decarbonized world.

“We have received numerous inquiries from customers regarding growth sectors such as LCO2 carriers and ammonia fuel vessels and we need a dedicated organization to coordinate the technological innovation and handle this business,” Toru Kitamura, President and CEO of Mitsubishi Shipbuilding, said.

“The establishment of the Marine Decarbonation Business Development Group will accelerate the pioneering of new businesses that utilize and apply the oil and gas technologies possessed by Mitsubishi Shipbuilding, and in combination with conventional shipbuilding technologies, allow us to achieve ‘organizational ambidexterity.’”

As part of the energy transition strategy promoted by MHI, Mitsubishi Shipbuilding has set a growth strategy focused on the ship and marine sector. In this strategy, the company has set goals for the decarbonization of the maritime economy through clean energy and the carbon cycle, the effective utilization of the marine space with digitalization and electrification, and the generation of new ideas through marine-related innovation.

Mitsubishi Shipbuilding recently inked a contract with compatriot shipping company Sanyu Kisen for the construction of a demonstration test ship to transport LCO2.

To be delivered in 2H 2023, the ship will serve for technology development and demonstration to realize high-volume CO2 transport.

Upon building completion and the delivery, the Engineering Advancement Association of Japan (ENAA) will charter the demonstration test ship from Sanyu Kisen to carry out research and development and demonstration tests for establishing LCO2 ship transportation technology.

Although ships to carry LCO2 used in the food industry have previously been constructed and operated in Europe and Japan, this newbuild is expected to be the world’s first LCO2 carrier intended specifically for carbon capture, utilization and storage (CCUS). 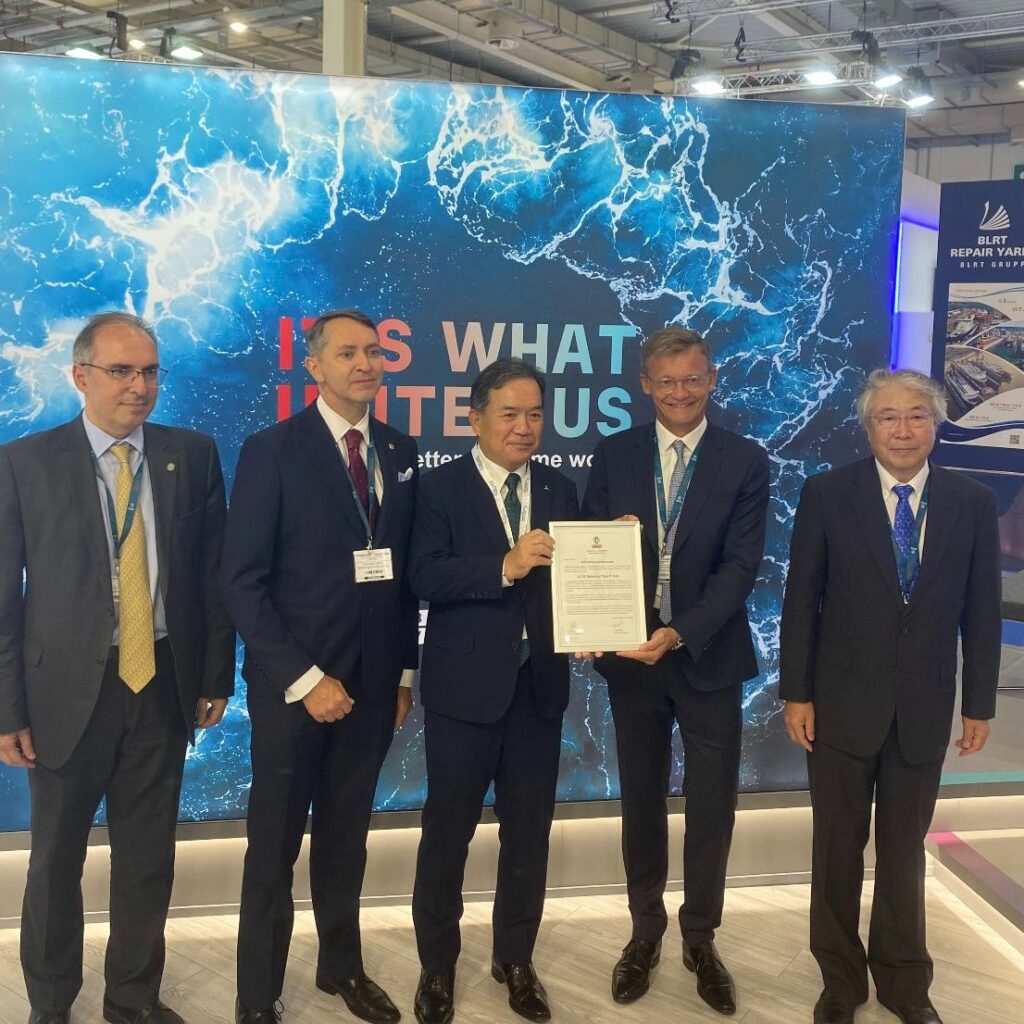