Following an FID for the Bacalhau project in Brazil, Japan’s FPSO operator MODEC has firmed up a contract award with Equinor to deliver one of the largest FPSOs ever delivered to Brazil.

Equinor took its Final Investment Decision (FID) for the Bacalhau field offshore Brazil on 1 June 2021. The investment is worth around $8 billion.

Following a Sales and Purchase Agreement (SPA) for the FPSO which was signed between Equinor and MODEC in January 2020, with respect to the Front End Engineering Design (FEED) and pre-investment of the FPSO, MODEC has now officially been awarded the contract for Engineering, Procurement, Construction and Installation (EPCI) for the FPSO.

In its statement on Thursday, MODEC said it will also provide Equinor with operations and maintenance service of the FPSO for the first year from its first oil production, after which Equinor plans to operate the FPSO until the end of the license period in 2053.

The FPSO will be deployed at the Bacalhau field in the BM-S-8 and Carcará North blocks located in the giant “pre-salt” region of the Santos Basin some 185 kilometers off the coast of the municipality of Ilhabela/SP, in the state of São Paulo.

Bacalhau FPSO to be largest ever delivered to Brazil

The FPSO vessel will be permanently moored at a water depth of approximately 2,050 meters by a spread mooring system to be supplied by MODEC group company, SOFEC, Inc.

The project will use a Combined Cycle Power Generation System as a solution to help reduce the CO2 emission of the facility in the operational phase.

The FPSO will be the first application of MODEC’s “M350 Hull”, a next-generation newbuild hull for FPSOs, full double-hull design. It has been developed to accommodate larger topside and larger storage capacity than conventional VLCC tankers, with a longer design service life.

The FPSO will be 17th FPSO/FSO vessel delivered by MODEC in Brazil, 9th FPSO in the pre-salt region, as well as MODEC’s first with Equinor.

Equinor has also already awarded a contract to Subsea Integration Alliance, the partnership between Subsea 7 and OneSubsea, for the EPCI of the subsea pipelines (SURF) and production systems (SPS).

Previously, Seadrill secured a four-year firm contract with four one-year options with Equinor for work on the Bacalhau field.

Furthermore, CGG secured a contract to carry out ocean bottom node (OBN) seismic imaging on the field, Nexans won a contract to supply the umbilical, and TMC Compressors was contracted to supply the marine compressed air system to the Bacalhau FPSO. 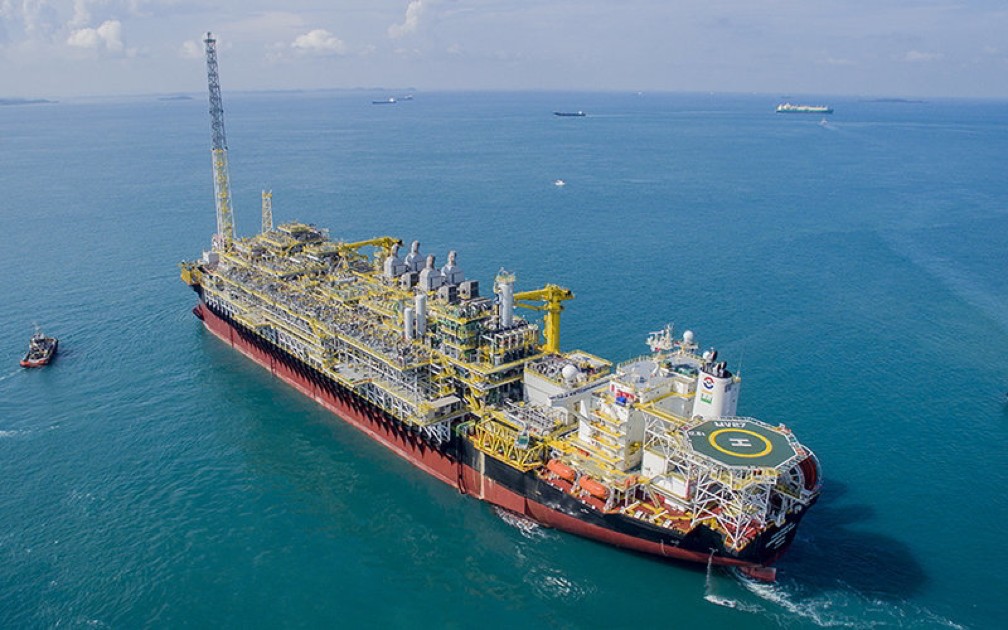