Japan’s Mitsui O.S.K. Lines announced the completion of a table top drill based on the scenario of a fire in the engine room of the MOL-operated LNG carrier Grand Mereyain Tsugaru Strait, resulting in the vessel running aground.

The 1st Regional Coast Guard Headquarters also cooperated in the drill, one of a regular series of events to help MOL prepare for unexpected incidents at sea.

Specifically, the exercise was designed to confirm the precise, smooth communication and response so critical in case of an incident involving LNG carriers in the waters off Japan.

The drill was based on the scenario that fire occurred in the engine room on the LNG carrier, which was under way in Tsugaru Strait toward the Port of Nagoya. Procedures included searching for missing persons, conveying injured persons, firefighting, and more. The vessel lost control by engine and steering, leading to the grounding accident.

It started with an initial report from the LNG carrier involved in the incident. MOL immediately reported to the 1st Regional Coast Guard Headquarters, organized an Emergency Control Headquarters, and confirmed first-response tasks and procedures such as information gathering and communication among concerned parties, giving the vessel directions, and holding a media response drill.

MOL holds biannual table top drills based on different scenarios around the world, taking into account various conditions. The company continues to sharpen its group-wide emergency response readiness procedures by sharing know-how accumulated in these training sessions throughout the MOL Group fleet. 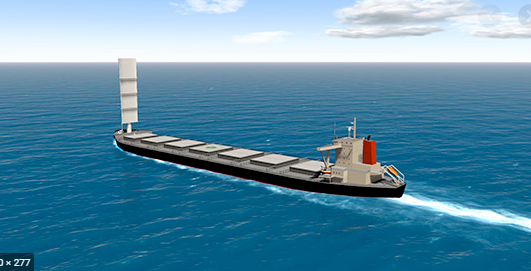 MOL to invest $1.81B in decarbonization in the next 3 years
Posted: 16 days ago
MOL switches FSRU order at DSME
Posted: 3 days ago
MOL secures supply for LNG-fueled ferry pair
Posted: 24 days ago