Furthermore, the transition loan was jointly provided by 10 local financial institutions located mainly in Western Japan, near the routes on which the two ferries will be launched, and close to the shipyards where they will be built.

“It was selected as the first transition loan in Japan for the Ministry of Economy, Trade and Industry (METI)’s climate transition model projects,” the company noted.

LNG fuel supply is slated to begin around the end of 2022 upon the delivery of the ferries.

The two vessels, for which the company claims to be Japan’s first LNG-fueled ferries, will be operated on the Osaka-Beppu route by Ferry Sunflower, and are planned for delivery from the end of 2022 to early 2023.

“LNG, which will be used as fuel on the ferries, is expected to reduce the vessels’ emissions of carbon dioxide (CO2) by more than 20%, sulfur oxides (SOx) by 100%, and nitrogen oxides (NOx) by about 85% compared to conventional fuel oil vessels,” according to MOL.

“These vessels are also expected to contribute to a modal shift in Japan in addition to playing a key role in a critical maritime infrastructure that supports the movement of people and commodities in Western Japan.” 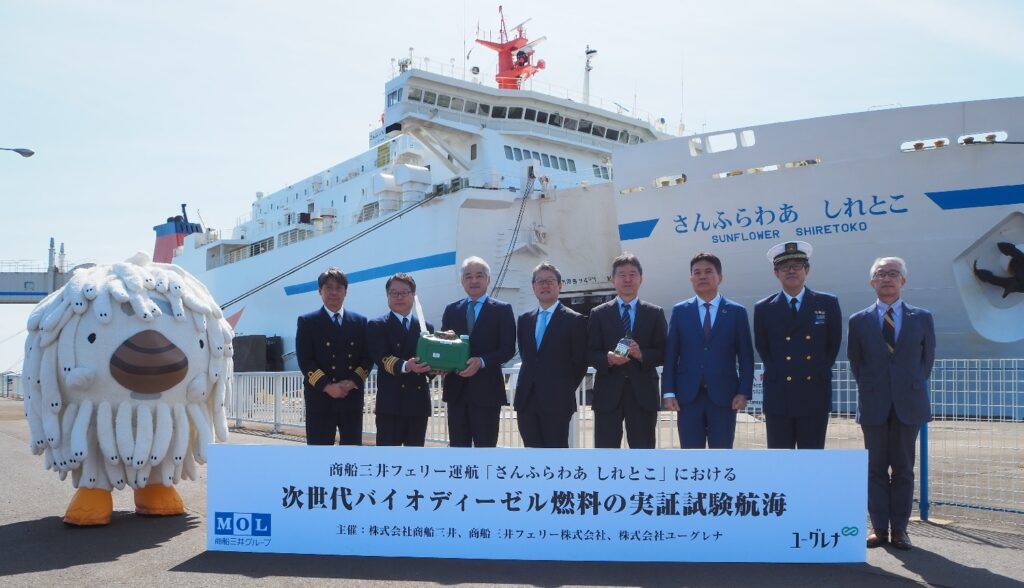