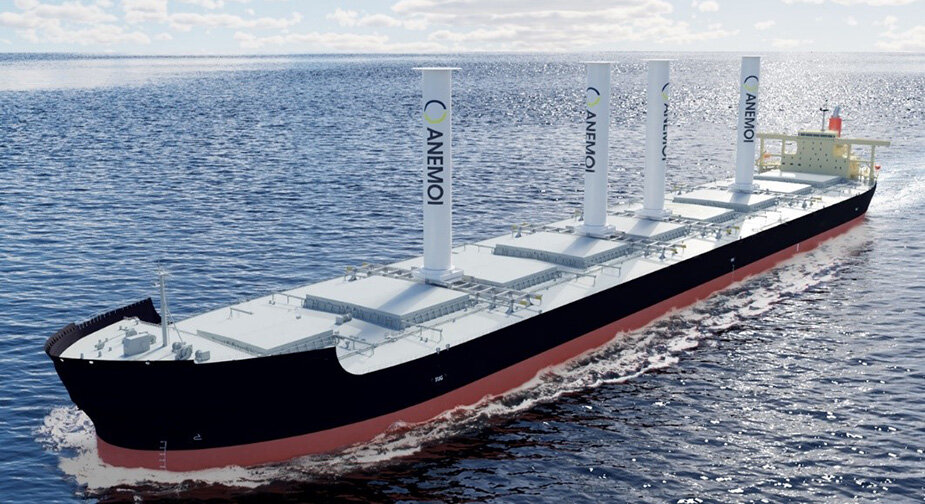 Back to overview
Home Propulsion MOL, Vale to jointly study rotor sail use on bulk carrier

As explained, the goal is to reduce greenhouse gas (GHG) emissions from the vessel while underway.

The system, known as rotor sail, produces propulsive force as the wind generates differential pressure around the slewing rotor while the vessel is underway. It is said to offer high efficiency because the natural energy of the wind directly propels the vessel rather than being converted into electricity, for example.

Specifically, the joint study team will examine and verify the number of rotor sails to be installed and the effect of GHG reduction, working closely with Anemoi Marine Technologies, the UK-based manufacturer of rotor sails. Anemoi installed the world’s first rotor sail on a newbuilding Ultramax bulk carrier in 2018.

In May this year, Vale also cooperated with Finland-based clean tech company Norsepower that installed five tilting rotor sails onboard a very large ore carrier (VLOC) chartered by Vale. The technology is expected to achieve an efficiency gain of up to 8% and a consequent reduction of up to 3,400 tons of CO2 per year.

Furthermore, the joint study is in line with the MOL Group’s environmental strategy. The carrier is implementing five initiatives to realize the mid-to-long-term targets set out in the MOL Group Environmental Vision 2.1. Including this opportunity, the company intends to pursue one of the initiatives “Enhancement of Energy-Saving Technologies” and continually strive to reduce GHG emissions in cooperation with companies in various industries, with the goals of achieving net zero GHG emissions by 2050.

It is estimated that there are currently 30,000 ships in operation worldwide that could be equipped with wind-assisted ship propulsion (WASP) technology, Jukka Kuuskoski, Chief Sales Officer (CSO) at Norsepower Oy Ltd, recently revealed. In the case of newbuilds, this number is said to be much bigger. 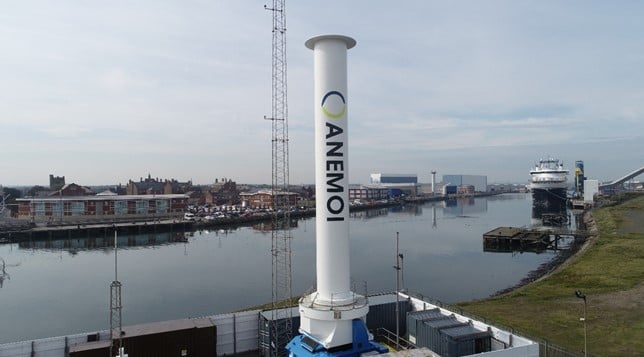