The North East England-based company has completed the design and construction of the 118metre tall, 5,745Te jacket structure, which will form part of the new oil and gas production platform bridge-linked to the existing Montrose Platform which was installed in 1975. The 18 month project engaged a team of more than 700 from OGN.

Upon completion of fabrication, the jacket was loaded onto a 150 metre long transportation barge moored up at OGN Group’s Hadrian Yard in Wallsend on the north bank of the River Tyne.

The voyage to the field which lies 210km east of Aberdeen is expected to take around 36hours before the structure is installed alongside the field’s existing Montrose Platform. The MAR Project will integrate two new undeveloped fields with a number of older ones. In total the project will lead to the production of a further 100m barrels of oil equivalent from the new fields.

The Montrose platform was first installed in 1975 and is one of the oldest in the UK North Sea. The project will extend the life of the existing fields to 2030.

David Edwards, Chief Executive Officer at OGN Group, said: “This project is a prime example of the increased investment in the North Sea that was generated by HM Treasury’s changes to the tax regime to maximise recovery of resources from the UK North Sea.

“This has enabled operators to utilise the expertise and established supply chains of UK EPC contractors such as OGN Group to deliver the infrastructure required to extend the life of existing fields and enter undeveloped locations.

“We have worked closely with Talisman Sinopec throughout the course of this project which enabled the jacket to be delivered successfully.”

Edwards added: “Completing the sailaway of the jacket is a very proud moment for everyone at OGN Group and marks another important milestone in the development of the company, which continues with the delivery of a pipeline of important projects for the offshore oil & gas industry.”

“This is a major project that has required us to work around complex existing infrastructure, and balance the integration of new and established facilities and the teams. We are delighted to mark this major milestone in the project and to have supported more than 2,000 UK jobs.”

Rt. Hon. Michael Fallon MP, Minister of State for Energy, said: “Making the most of Britain’s home grown energy is crucial to keep job and business opportunities, get the best deal for customers and reduce our reliance on foreign imports.” 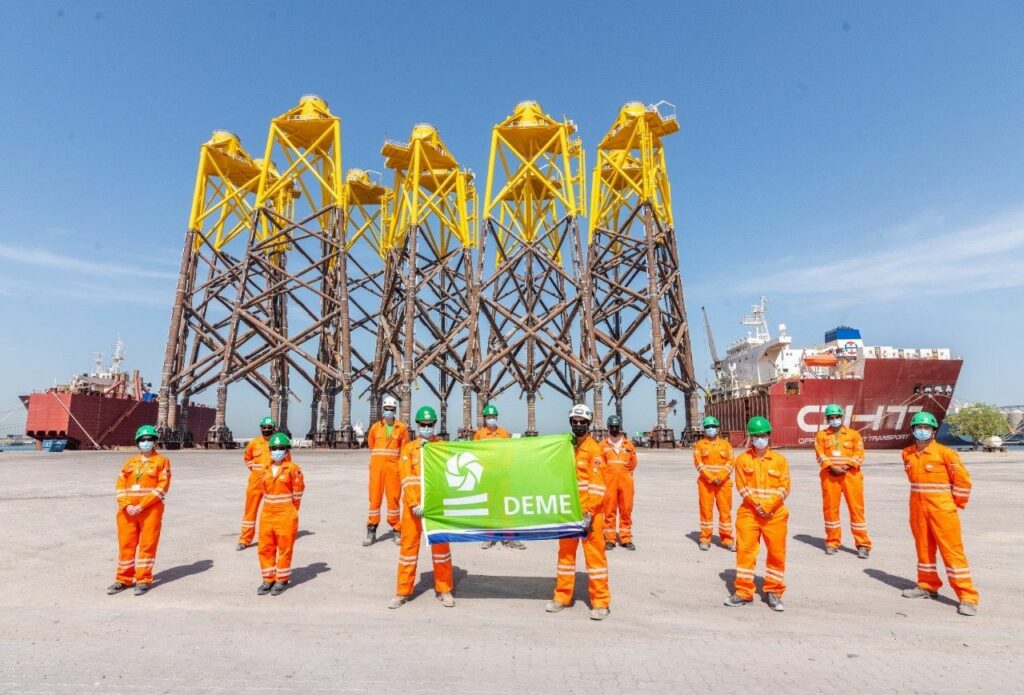