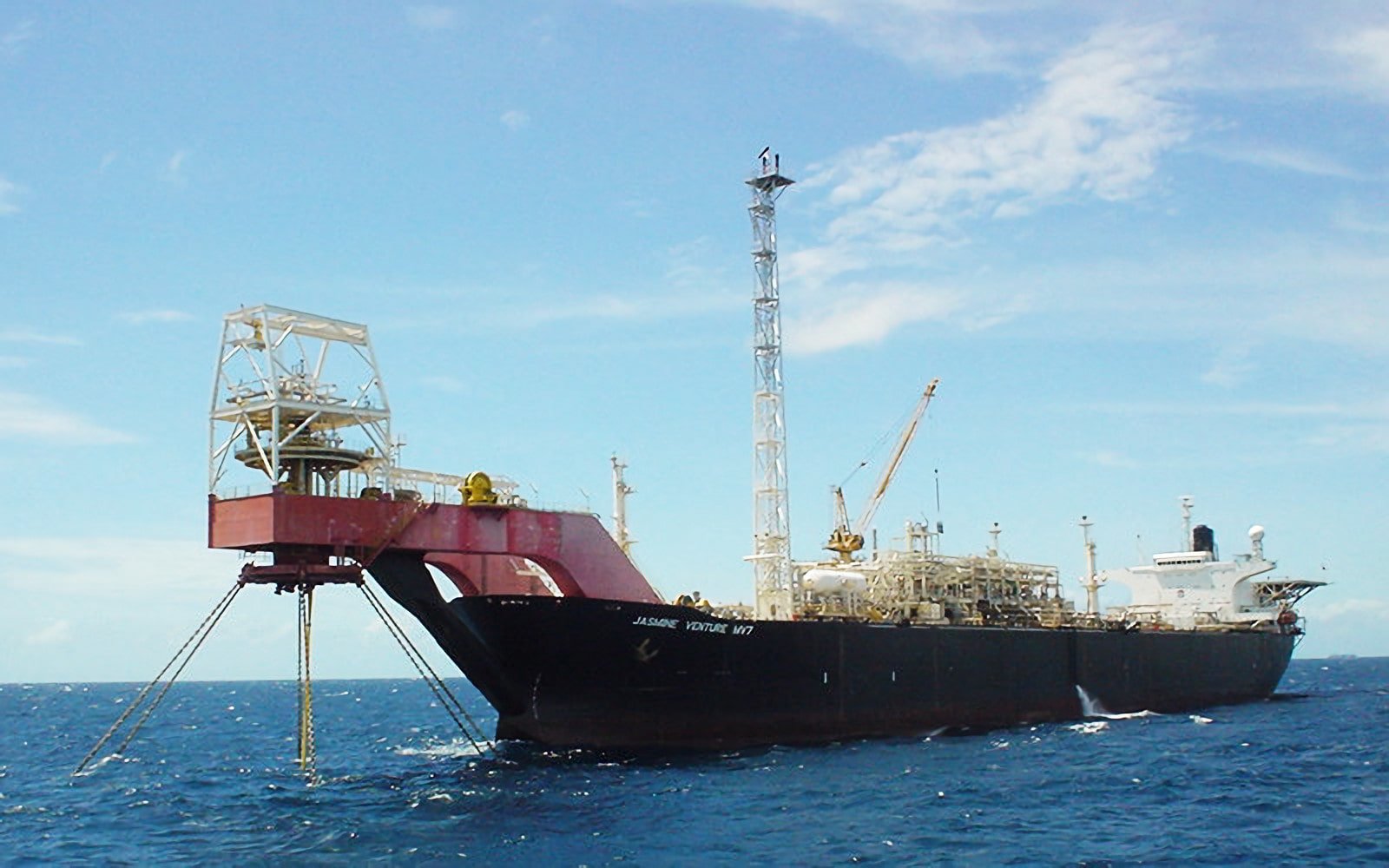 Valeura Energy Asia, a subsidiary of Canada’s oil and gas company Valeura Energy is extending its portfolio offshore Thailand, after entering into a sale and purchase agreement (SPA) with Mubadala Petroleum to acquire the upstream oil producing assets of its subsidiary, Busrakham Oil and Gas.

While announcing this acquisition on Tuesday, Valeura explained that the deal entails operated interests in three offshore licences in the Gulf of Thailand, including the Nong Yao, Jasmine/Ban Yen and Manora oil fields, which collectively currently produce approximately 21,200 bbls/d of oil, net to the interest being acquired. The company further disclosed that the purchase consideration for this acquisition is $10.4 million plus up to an additional $50 million, contingent upon certain upside benchmark oil price scenarios in 2022, 2023, or 2024.

Sean Guest, President and CEO of Valeura, commented: “This is a transformative transaction for Valeura, firmly establishing our company as the largest independent operator of oil production in Thailand. By adding 21,200 bbls/d net to the SPV, we expect to immediately generate pre-tax cash flows of approximately $30 million per month, and this amount is expected to grow in the very near term as we increase production to 25,000 bbls/d and beyond with the addition of production from our pre-existing portfolio.”

The effective date of the acquisition is 31 August 2022 and is subject to customary closing conditions. The closing of this transaction is anticipated in Q1 2023. Valeura plans to fund this purchase without an equity raise. As part of the acquisition, Mubadala’s organisation in Thailand and support infrastructure including supply bases, warehouses and offices will join Valeura. This includes substantially all of the Thailand-based staff, comprised of approximately 180 individuals.

“Our forward efforts will focus on developing the potential of these assets, by projects including further development of the Nong Yao field where we are forecasting peak production rates in 2024, re-investment into the Jasmine and Ban Yen fields to continue their long history of reserves replacement, and on selective step-out opportunities where we see the potential to more fully utilise the fields’ extensive infrastructure to commercialise new accumulations. As of the end of 2021, the assets held 24.1 million bbls of estimated 2P oil reserves, representing approximately a four-fold increase over our pre-existing corporate reserves,” added Guest.

New MOPU on the cards for Nong Yao

Thanks to this deal, the Canadian firm will acquire operatorship and a 90 per cent working interest in Licence G11/48, which contains the partially developed Nong Yao oil field. Valeura’s partner in this block (Palang Sophon Limited) is the same one from its G10/48 Licence, acquired earlier this year. Located in the central portion of the Pattani basin in the Gulf of Thailand, approximately 160 km offshore, in 75 metres of water depth, the Nong Yao oil field is estimated to contain 12.4 million bbls of 2P oil reserves, on a net working interest acquired basis, as of 31 December 2021.

The development of this oil field entails two interconnected fixed platforms, including 37 wells and a processing facility. The processed oil is stored in a leased FSO vessel on location and offloaded to shuttle tankers for international sale. Currently, the production at the field is approximately 8,100 bbls/d, net to the 90 per cent working interest, and is forecast to increase in 2024 through further development activity. The Nong Yao field produces light, sweet crude oil which typically receives prices approximately on par with the Brent crude oil benchmark, outlined Valeura.

Moreover, further development activities are currently underway on Licence G11/48, in support of commercialising a south-eastern area of the field known as the Nong Yao extension, in a bid to add a new MOPU, which will be connected by pipeline to the existing infrastructure and to drill an additional 12 development wells. The Canadian player confirmed that the construction of the new MOPU is underway and it is expected to mobilise to the Nong Yao oil field in Q4 2023, with commissioning and drilling activity scheduled to take place immediately thereafter.

As Valeura believes the southern portion of Licence G11/48 may contain potential upside opportunities, including a string of prospective small oil accumulations in the Nong Nuch area identified on 3D seismic, the firm intends to conduct a further study on these opportunities, including assessing the potential for incremental volumes through additional near-field exploration or a cluster development scenario.

Infill drilling in the offing for Jasmine and Ban Yen

The deal with Mubadala will enable Valeura to acquire operatorship and a 100 per cent interest in Licence B5/27, which contains the developed Jasmine and Ban Yen oil fields located in the northern portion of the Pattani basin, approximately 180 km offshore and in 60 metres of water. These fields are estimated to contain 9.9 million bbls of 2P oil reserves on a net working interest acquired basis as of 31 December 2021. The current production at the fields is approximately 10,100 bbls/d and the Canadian firm anticipates mitigating natural production decline through infill drilling and further development opportunities, thereby further increasing the estimated ultimate recovery.

The Jasmine and Ban Yen oil fields have been developed through a total of six fixed topside facilities and a leased FPSO Jasmine Venture MV7. Valeura pointed out that the facilities include well slots for 132 wells, of which 110 slots are utilised by producer wells and 22 slots by injection and disposal wells. The processed oil is stored at the FPSO and offloaded to shuttle tankers for sale into the domestic Thai market. These fields produce light, sweet crude oil.

Valeura highlighted that a programme of ongoing infill development drilling is underway on Licence B5/27, which has included nine wells drilled to date in 2022 plus approximately 19 further wells planned over the 2023 – 2026 time frame. The company intends to continue this work programme and has identified several opportunities for further development with the aim of adding additional reserves and production to offset natural declines in these mid-life oil producing assets.

Additionally, Valeura will acquire operatorship and a 70 per cent working interest in Licence G1/48, which contains the developed Manora oil field, where its partner, Tap Oil, holds the remaining 30 per cent interest. Located in the Kra sub-basin, a northwest extension of the Pattani basin, approximately 84 km offshore, at 45 metres of water depth, the Manora field is estimated to contain 1.7 million bbls of 2P oil reserves on a net working interest acquired basis, as of 31 December 2021. The current production at the field is approximately 3,000 bbls/d, net to the 70 per cent working interest.

This oil field, which produces medium-weight, sweet crude, has been developed by a single fixed wellhead and processing platform and a leased FSO vessel on location. The platform includes 30 well slots, of which 15 are utilised by production wells and seven by injection and disposal wells. The processed oil is stored in the FSO and is offloaded to shuttle tankers for international sale.

The Canadian player underlined that the Manora field is a mature asset for which a decommissioning plan has been prepared and submitted to Thailand’s upstream regulator. While that plan contemplated an end to the field’s economic life in 2022, recent activity has materially changed the outlook for the field, thanks to two infill development wells drilled in Q4 2022, which have encountered oil.

Therefore, planning is currently underway to bring these wells online which Valeura anticipates will be additive to production rates. The company aims to extend the field’s economic limit beyond its currently calculated limit of early 2025, and further toward the license’s final expiry in 2033.

Even though Valeura intends to work on expanding the assets’ life, the company has included estimates about the planning and funding of the ultimate decommissioning of these assets to meet its obligations. To this end, the total decommissioning costs have been estimated by the operator to be an aggregate net outlay of approximately $214 million on an undiscounted basis.

Under Thailand’s regulations, only Licence G1/48 (Manora) has reached a reserves recovery level that required a decommissioning plan to be submitted, and approximately one-third of the estimated decommissioning obligation has already been guaranteed with the Thailand regulator.

Through the advent of approaches such as rigless well abandonments, wellhead platform and equipment reuse, and potential equipment sharing within the region, the Canadian player intends to explore how best to satisfy its decommissioning obligations while reducing GHG and other emissions and reducing the total expenditure required.

“Just as we’ve routinely done with producing assets under our care, we intend to pursue opportunities to extend the value and economic life of these fields, whilst remaining mindful of our longer-term responsibility to ensure their eventual decommissioning is planned and appropriately funded. This line of thinking has been incorporated into all aspects of our commercial evaluation of this transaction,” concluded Guest.

Regarding Valeura’s other recent activities in the Gulf of Thailand, it is worth noting that the Canadian firm recently inked a deal for an FSO vessel.

This FSO will be deployed on its oil field project in the Gulf of Thailand and the restart of production is now slated for the first quarter of 2023. 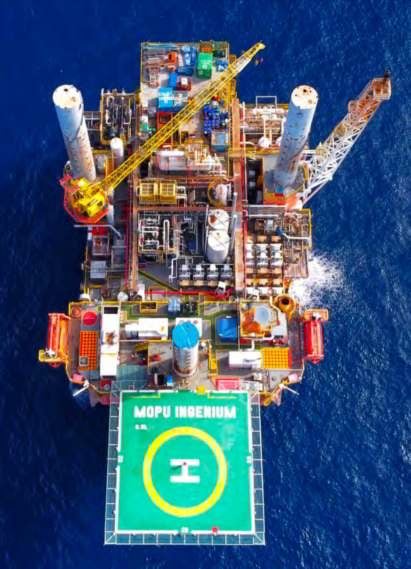