Qatar’s LNG shipping company Nakilat has signed an agreement with US-based Excelerate Energy to establish a joint-venture company and acquire a 55% interest in a floating storage regasification unit (FSRU).

“This acquisition is pivotal to the State of Qatar, as this is the first FSRU co-owned by a Qatari company, which paves the way for Qatari liquefied natural gas (LNG) to expand its outreach to developing and emerging markets,” Mohammed Bin Saleh Al Sada, Minister of Energy and Industry and Nakilat Chairman, said.

Al Sada continued that the move is expected to enable Nakilat to widen its international outreach and thus, secure its industry-leading position in the dynamic and competitive LNG market.

“We are extremely proud to be the first Qatari company to acquire ownership in an FSRU,” Abdullah Al Sulaiti, Nakilat Chief Executive Officer, said.

The FSRU Exquisite has a capacity of 150,900 cubic meters and a peak regasification rate of 745 million cubic feet per day.

The vessel is located at Port Qasim in Pakistan, and has received 10.4mt of LNG since it started operations in 2015, out of which 7.8mt were Qatari LNG. 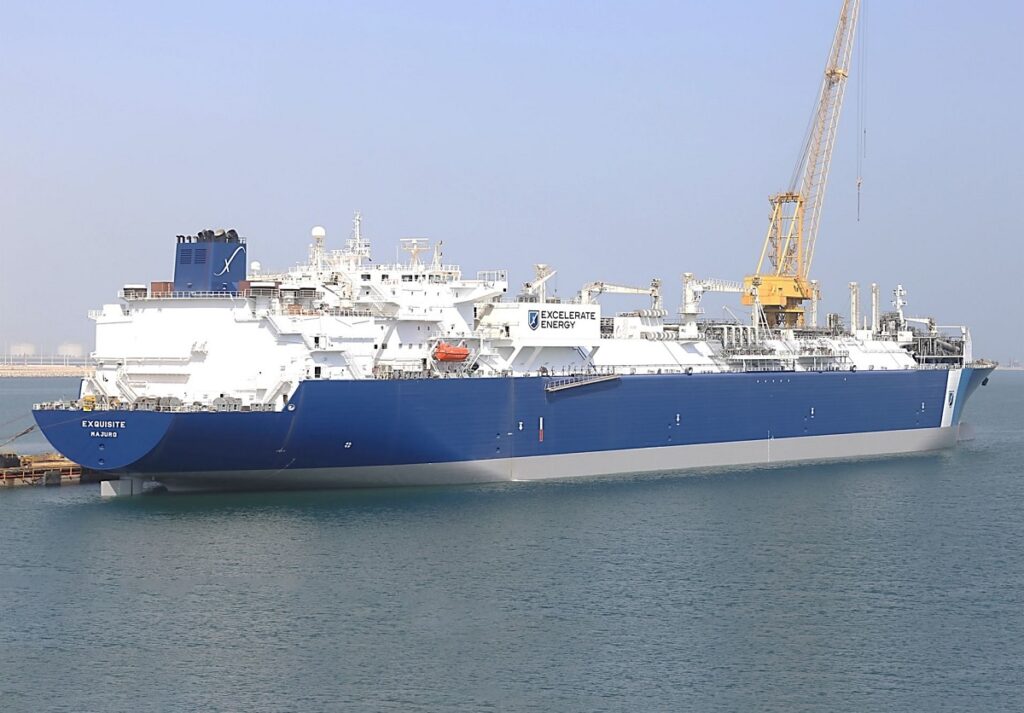