Hamburg-based Nauticor, a unit of Linde, conducted the first ship-to-ship LNG bunkering operation at the Elbehafen Brunsbüttel, part of Brunsbüttel Ports, the first at a German port.

Kairos, the first ship-to-ship bunkering operation in German waters, was christened in Hamburg on February 2019, is owned by Babcock Schulte Energy and is operated on behalf of the German LNG supplier Nauticor.

The vessel bunkered LNG to DEME’s TSHD Scheldt River delivering a total of 300 cubic meters of the chilled fuel.

Scheldt River is owned and operated by the DEME Group and is currently conducting maintenance dredging works on the Lower Elbe.

In the past, the vessel has received LNG from Nauticor through truck-to-ship bunkering operations.

At the beginning of October 2019, the DEME Group and Nauticor signed a framework agreement for the supply of LNG with the BSV Kairos to DEME’s fleet of newbuild vessels with LNG propulsion. The first ship-to-ship LNG bunkering operation in a German port marks the start of extended cooperation.

The possibility to supply LNG through a ship-to-ship bunkering operation marks an important milestone for the shipping sector in Germany in general. By using larger BSVs, it becomes practical both economically and ecologically to supply larger vessels with a significant amount of LNG. Previous LNG bunkering operations in Germany were conducted solely through the truck-to-ship method.

In the meantime, the German LNG Terminal GmbH continues to plan activities for a combined LNG import and distribution terminal in Brunsbüttel. In the future, the supply of LNG to marine customers would profit from the existence of such a terminal, since it is foreseen that LNG bunker supply vessels, such as Kairos, can load LNG as cargo directly at the terminal, the statement reads. 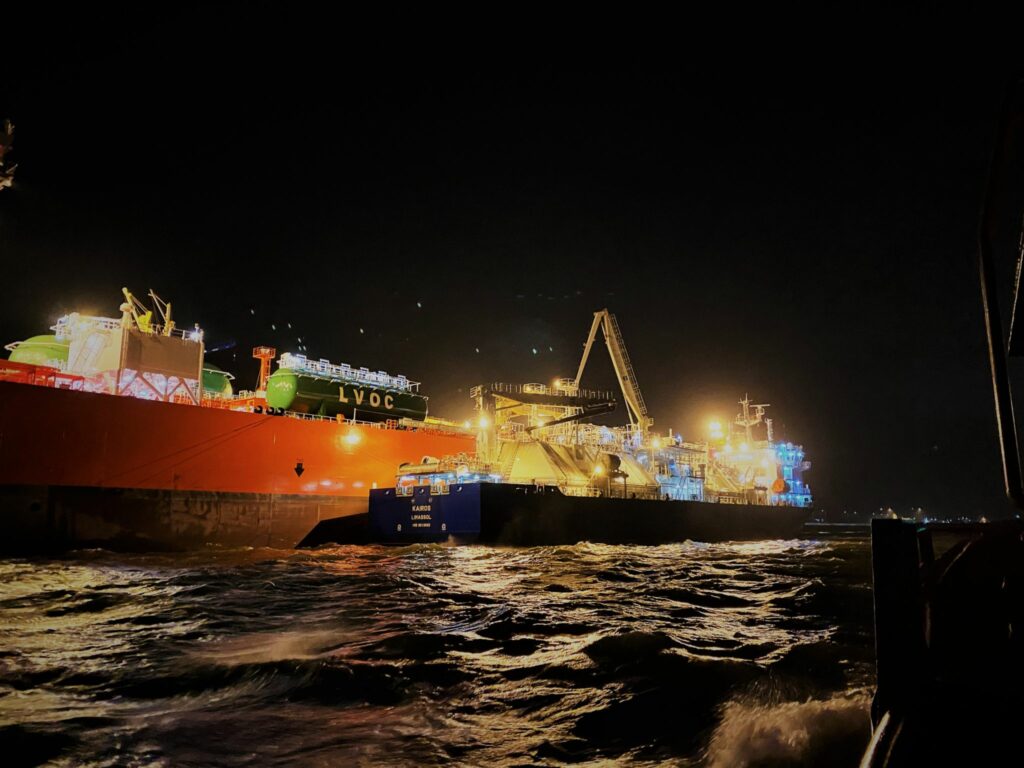