Advertisement
Back to overview
Home Green marine Navy: New Diamond patched and ready to be towed

Navy: New Diamond patched and ready to be towed

All leaks on the hull of the fire-stricken very large crude carrier New Diamond, currently situated off Sri Lanka have been sealed, the Indian Navy said.

The announcement comes on the back of a joint underwater inspection of the supertanker conducted by members of Sri Lanka Navy, the Indian Navy, and SMIT salvage team, employed by the ship manager.

The salvors have carried out the deballasting from the engine room to ballast tanks, and the ship is now pollution-free and ready to be towed, according to the update.

As informed earlier, during the fire-fighting operation the ship’s engine and pump rooms were flooded with seawater.

The tanker is said to be stable and safe, some 95 kilometres of Sri Lanka’s coast. A tug named Boka Expedition has taken the VLCC under tow.

The destination of the vessel is yet to be determined. AFP reports that Sri Lanka has asked the ship’s owners to tow the crippled tanker away from the country’s exclusive economic zone, or 370 kilometres from its coast.

The underwater inspections were ordered after two fuel patches emerged near the vessel a few days ago. The Sri Lanka Navy assigned the patches to the leaks in the ship’s fuel tanks.

India has sent aircraft to drop dispersants to the sea area to minimize its impact on the marine environment.

To remind, New Diamond was transporting 270,000 metric tonnes of crude oil from the Port of Mina Al Ahmadi in Kuwait to the Port of Paradip in India when the fire broke out aboard the ship on September 3.

The tanker caught fire after an explosion of a boiler in the ship’s main engine room. The fire was finally extinguished on September 9.

The tanker’s crude oil tanks were not damaged in the fire, as informed by Sri Lanka Navy.

One crew member died in the explosion while the remaining 22 men were evacuated.

The 2000-built very large crude carrier is owned by New Shipping Ltd from Greece and is chartered by Indian Oil Corp. 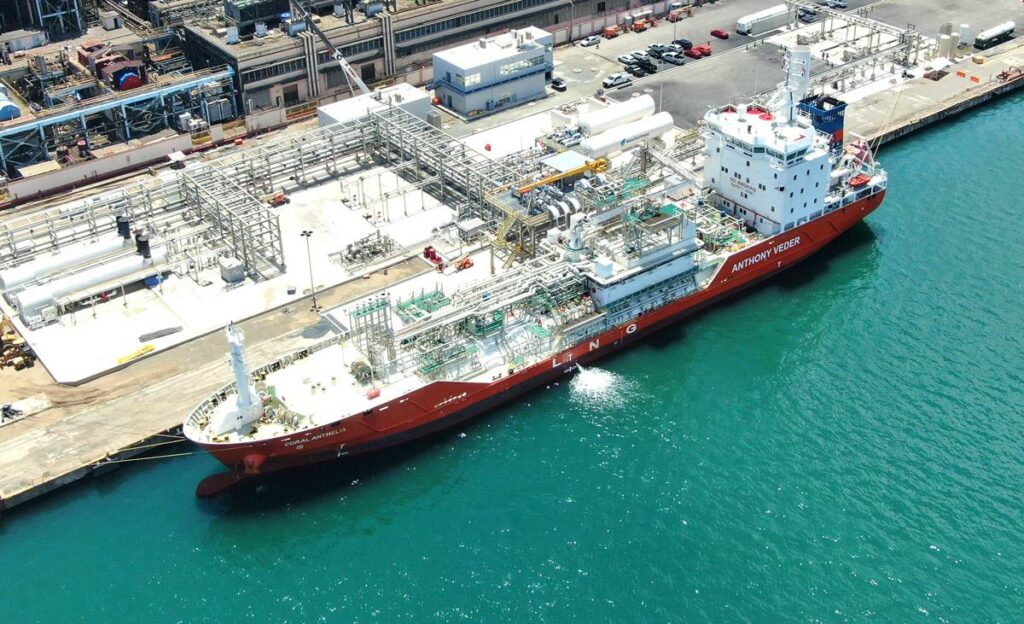