A Norwegian-Australian partnership of Neodrill and Icon Engineering has won its first Australasian contract after securing a subsea wellhead foundation contract with Woodside.

Icon Engineering said that the duo would work on the Ferrand exploration well in the Carnarvon Basin.

The well is located in around 1,500 meters of water depth in Block WA-404-P, approximately 260 kilometers northwest of Dampier, Western Australia, and is scheduled to be drilled in the second quarter of 2018.

The company added that the partnership would rent and install Neodrill’s patented suction-based conductor anchor node, the CAN-ductor.

The CAN-ductor is used to pre-install drilling conductors with anchor handling or light construction vessels instead of more costly drilling rigs, thereby significantly reducing drilling and fleet costs as well as risk.

Icon managing director David Field said: “The CAN-ductor’s ability to be deployed by a less expensive vessel, such as an anchor handling or construction support vessel means the operator’s drilling budget can be reduced, whether they are exploration or production wells.

The suction anchor is used for pushing the center conduit into the seabed and for providing necessary top support for the conductor. For exploration wells, the CAN can be removed and re-used. Hence the rental option being offered. 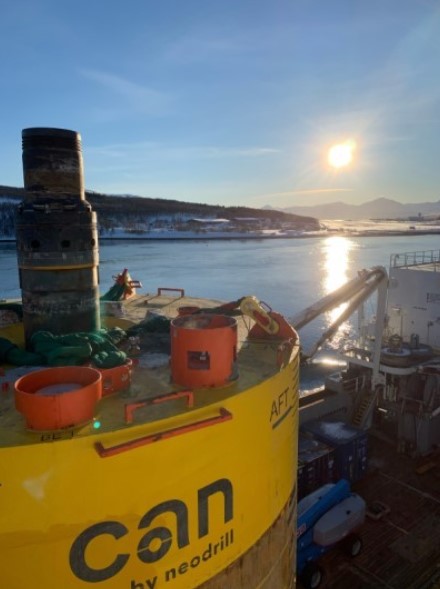