The collaborative effort is aimed at exploring the feasibility of a green corridor that could accelerate the deployment of zero-emission ships and operations between Alaska, British Columbia, and Washington.

The First Mover Commitment was announced during the International Association of Ports and Harbors (IAPH) World Ports Conference being held in Vancouver, British Columbia, between 16 and 18 May.

First Mover partners aim to leverage and support each other’s decarbonization work already underway and bring those resources and technological advancements to this focused and coordinated effort.

“These first movers are coming together around the need to address the most pressing issue of our time — climate change,” said Port of Seattle Commissioner Fred Felleman.

“By exploring the development of a green corridor, we’re bringing resources and technological advancements to this region where commercially viable zero greenhouse gas emissions ships may sail that much sooner. We’re not naïve about the challenges ahead. But we recognize the urgency to act as we transition to an inclusive blue economy that works for the climate, commerce, and communities alike.”

“Achieving a zero greenhouse gas emission shipping corridor and the necessary shore-side infrastructure is a monumental challenge. Ports are up to the challenge to bring partners together and help lead the transformation to a blue economy.”

“The Pacific Northwest is both an area of tremendous natural beauty, and an area of global leadership in advancing sustainable shipping,” said Robin Silvester, president and CEO of the Vancouver Fraser Port Authority.

“We’ve been proud to work with regional partners on important cross-border efforts such as the Northwest Ports Clean Air Strategy, to phase out all port-related emissions by 2050, and through the ECHO Program, to reduce the impacts of commercial shipping on endangered whales. We look forward to building on those efforts, in collaboration with our partners, customers, and local stakeholders, by exploring the feasibility of a first-of-its-kind “green corridor” to advance cleaner, greener shipping at the Port of Vancouver and through this region.”

“Government and industry leaders need to collaborate, define and implement the optimum pathway to get to zero climate emissions, starting now, in the Pacific Northwest between the ports of Alaska and Washington. Our region has a history of leadership on maritime environmental initiatives and we are proud to continue that work with this bold next step,” said City and Borough of Juneau City Manager Rorie Watt.

“We at the Global Maritime Forum have been vocal champions of the Green Corridors concept, and we think they are a crucial tool for accelerating shipping’s long-term transition to zero-emissions and getting the sector to the tipping point of 5% zero-emission fuels by 2030. Moving to new fuels, new vessels, and new shore-side infrastructure is complex, but inclusive, collaborative efforts like this one can make it possible. We’re proud to bring our global network in support of this exciting effort in the Pacific Northwest,” Jesse Fahenstock, Global Maritime Forum head of research and analysis, noted.

While initially formed by cruise ports in the Pacific Northwest, with input from the cruise industry, this initiative welcomes participation from all sectors of the maritime industry and other regional ports. Domestic cargo lines, ferries, commercial fishing, tug and barges, and other ports have a strong interest and shared goals around climate action which may require an expanded agreement to reflect new participants or corridors in the region.

Why a cruise-led green corridor in the North Pacific Ocean

In 2021, 24 countries, including the United States and Canada, signed the Clydebank Declaration and in doing so, committed to supporting the establishment of at least six green corridors by 2025 while aiming to scale up activity in future years.

It is up to first movers to collaborate, define and implement the optimum pathway to get to zero.

Alaska cruises are some of the most in-demand itineraries in the world. A distinct maritime corridor already exists between Puget Sound and Alaska with regularly scheduled vessel calls by operators in the cruise, commercial fishing, cargo, ferries, and tug industries.

The proposed maritime route would be one of the first U.S.-based green corridors. This is in line with the recently unveiled framework document by the U.S. government to advance domestic and international green shipping corridors, demonstrating clear ambitions to decarbonize maritime trade routes in the coming period. 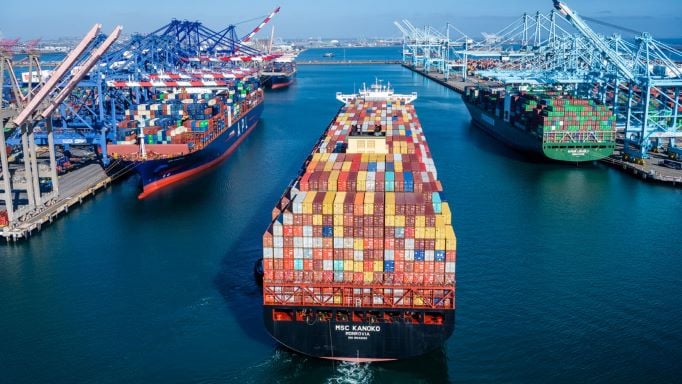