The vessel covered the distance of 2,360 nautical miles eastward, from the port of Sabetta (Yamal Peninsula) to Cape Dezhnev (the Bering Strait), in just seven days and 17 hours during the month of July. The vessel navigated independently without any icebreaker support, sailing at an average speed of 12.8 knots.

The LNG carrier was transporting a cargo of liquefied natural gas from the Yamal LNG plant at Sabetta to the port of Tangshan, China, where it arrived on July 31.

The completed voyage also represents the beginning of regular shipments of LNG along the NSR from Russia’s Arctic gas fields to the countries of Asia Pacific.

“This remarkable, safe passage across the NSR has required the crew’s utmost attention and concentration. Ice conditions along the route were severe, especially in the East Siberian Sea, and the vessel experienced navigation in extended periods of limited visibility. The navigational and hydrographic situation within Arctic regions remains as challenging as ever,” Igor Tonkovidov, Executive Vice President and COO/CTO of SCF Group, said.

“The crew of Christophe de Margerie was able to maintain a rapid yet safe speed for the tanker through effective organisation of bridge watch-keeping, highly skilled navigation, slowing the ship when approaching challenging ice fields and passing them at a safe speed, and moving reasonably quicker in areas of reduced ice cover.”

The 172,600 cbm Christophe de Margerie is the first in a series of 15 icebreaking LNG carriers ordered for the Yamal LNG, to transport LNG year-round in the challenging ice conditions of the Kara Sea and Gulf of Ob.

The vessel can sail independently through ice of up to 2.1 metres thick. Its propulsion system has a power capacity of 45 MW, which is comparable to that of a nuclear-powered icebreaker.

The icebreaking LNG carrier can sail unassisted along the NSR westward from Yamal all year-round, and eastward for six months of the year (from July to December).

The ships is membered by all-Russian crew numbers 29, including 13 officers, each with significant Arctic shipping experience, according to SCF. 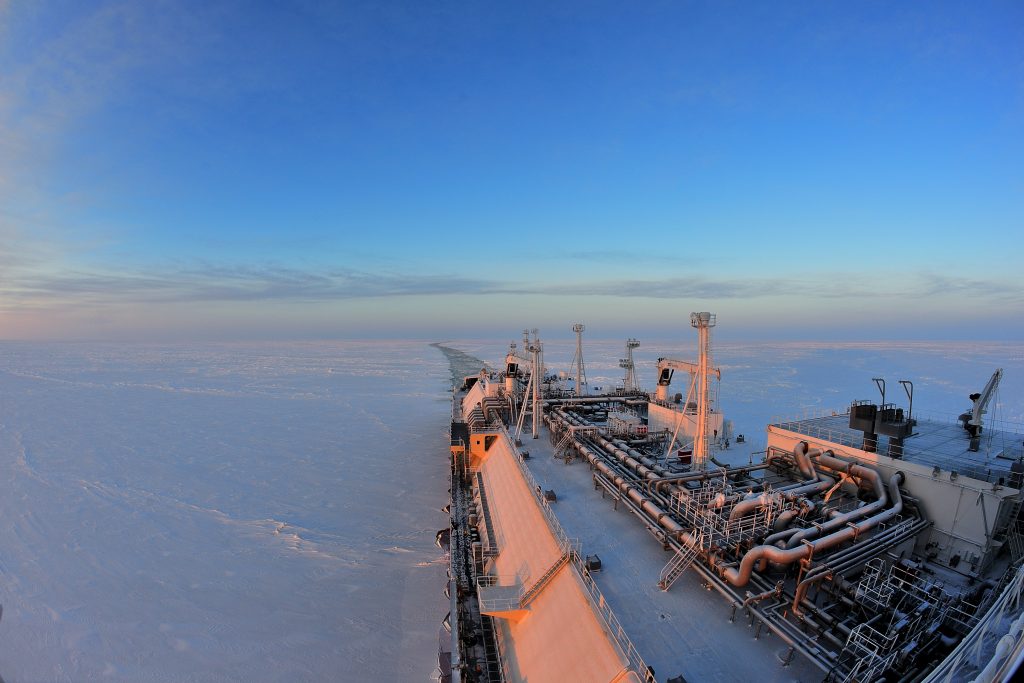